3Teeth and Carnifex are hitting the road next year for a North American co-headlining tour.

“We are a truly deadly combination of underground metal. Get ready for huge live production from all the bands on the bill along with extended sets,” the bands say in a statement. “This Meta X tour is going to roll into cities like an industrialized war machine laying waste to everything in its path and you’re not going to want to miss it.”

The Meta X tour kicks off March 13th in Santa Ana, California and wraps up April 18th in Las Vegas, Nevada. Skold and The Browning join as additional support.

Tickets go on sale Friday, December 6th at 10 AM local time. Check out all the dates below.

3Teeth is touring in support of their latest album, Metawar. We recently spoke with frontman Alexis Mincolla about the new album, the state of industrial music, and more. Make sure to check that out here. 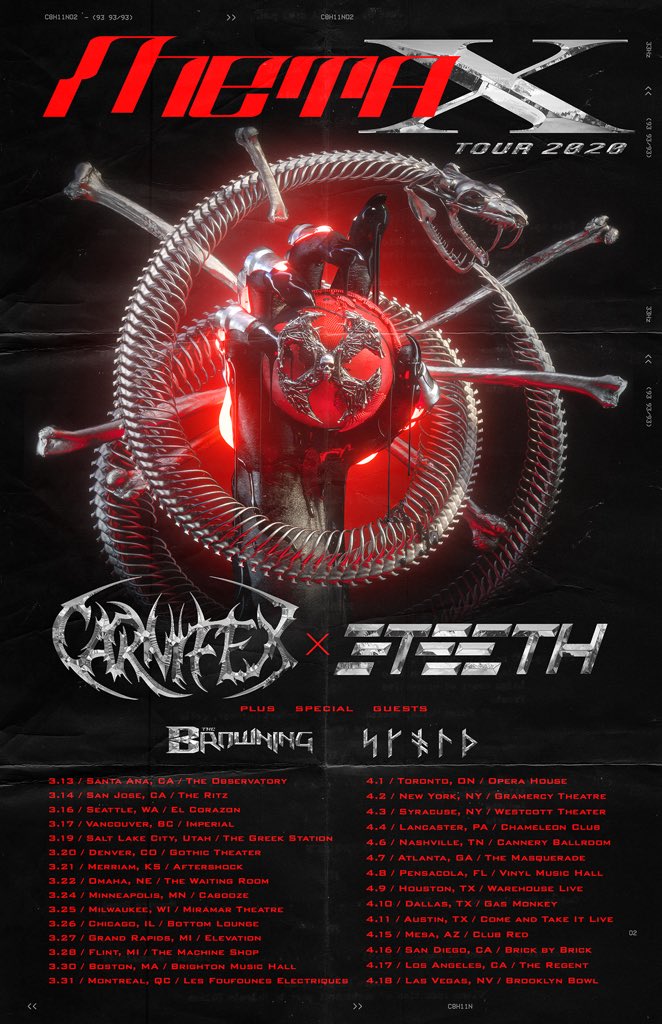 Rage Against The Machine, Foo Fighters, and JAY-Z Among Nominees For 2021 Rock Hall Of Fame