All Time Low have revealed who will be joining them on their 2021 U.K. tour this fall.

The Maine and Meet Me @ The Alter will open all shows during All Time Low’s brief September tour. Shows kick off with a two-night stint at London’s O2 Academy on September 22nd and September 23rd. From there, the bands will play at Manchester’s O2 Apollo on September 26th and will conclude the tour with two nights at Glasgow’s Barrowland Ballroom on September 27th and September 28th.

Speaking about the upcoming shows with Kerrang!, All Time Low’s Alex Gaskarth said “When we do get back over to play shows, I think there will be a heavy emphasis on Wake Up, Sunshine just because we didn’t really get to celebrate that record live with anyone, so that will definitely be a focus point. But I think we’ll have to adapt and build the show around whatever we have going in that moment…”

Check out all the tour dates below.

This isn’t the only time All Time Low will hit the road this year. They’ll spend the summer touring North America for Sad Summer Fest in addition to their appearances at Lollapalooza and Life Is Beautiful festival. In August, they’ll hit the road once again in the states with The Maine and Grayscale. After their U.K. tour, they’ll return to North America for headline shows with Meet Me @ The Altar and nothing,nowhere.

See all their dates here. 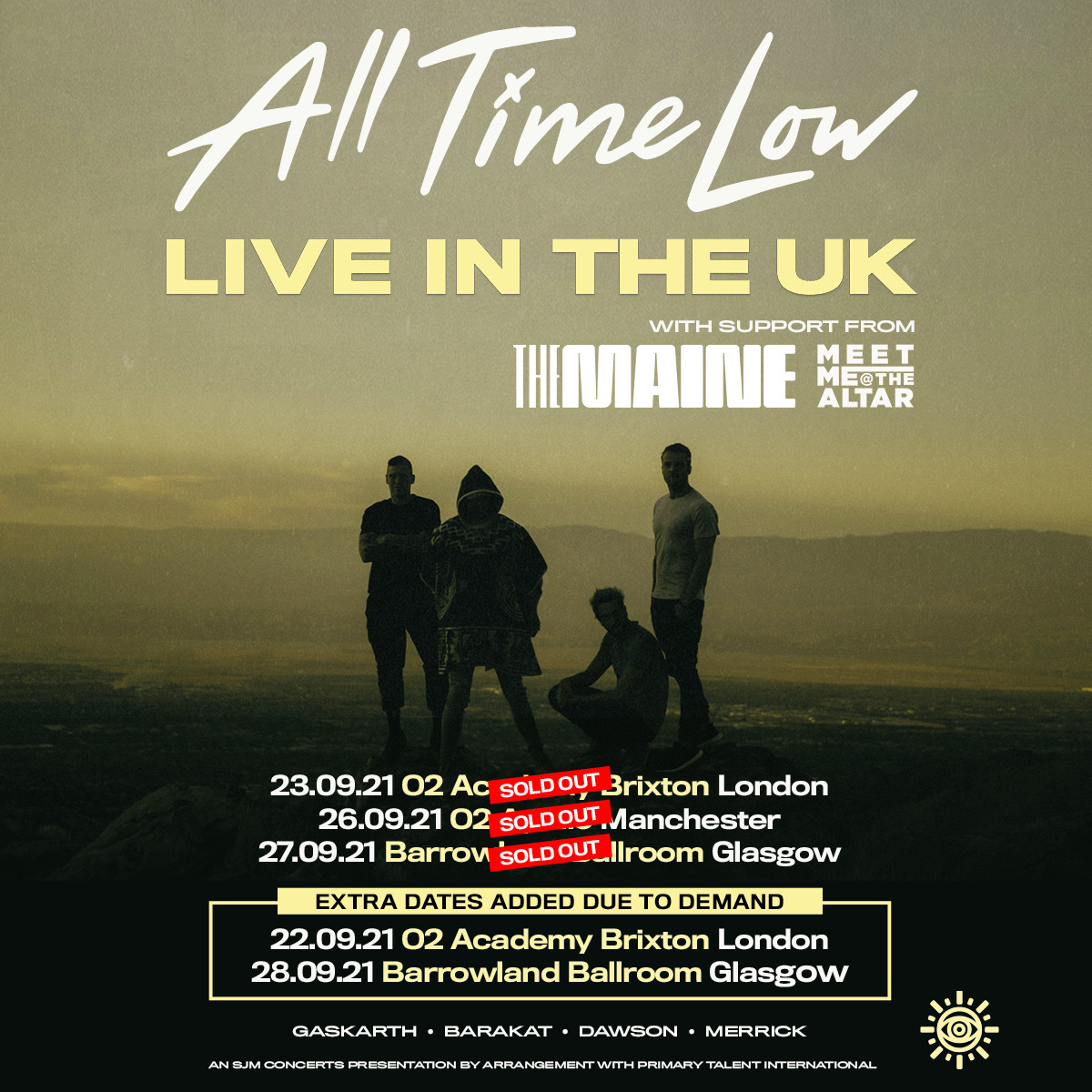 Bandcamp Friday Will Continue Through Rest Of 2020