TOM DELONGE IS BACK IN BLINK-182 BABY!

After mysterious posters started popping and the band completely wiped its social media accounts, Blink-182 have officially welcome guitarist and founder Tom DeLonge back into the fold.

The newly reunited band will hit the road for a massive world tour, their first together in nearly 10 years. Additionally, they’ve announced a new album with its lead single “Edging” set for release on October 14th.

Blink-182 will also headline Lollapalooza’s Latin American festivals in Argentina, Chile and Brasil, as well as the 2023 edition of When We Were Young Festival in Las Vegas.

Tickets go on sale Monday, October 17th at 10 AM local time. Check out all their dates below.

Rumors of DeLonge’s return started a few months ago when he tagged Blink-182 in his social media bio. Prior to that, Matt Skiba who had been filling in for DeLonge revealed to a fan that he wasn’t sure if he was still in the band. 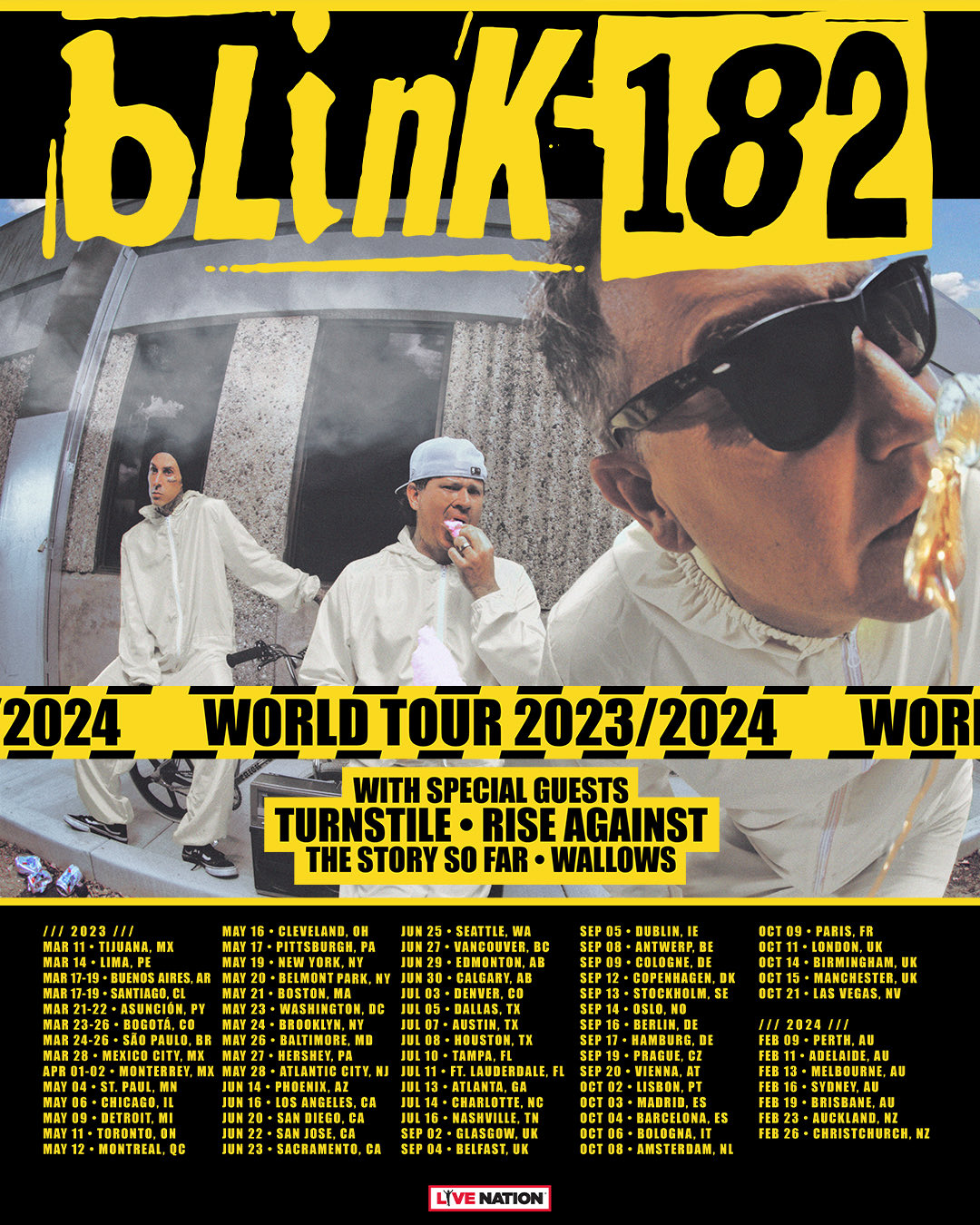 GENRE IS DEAD! Interview with SWMRS