Bullet For My Valentine have announced their new single “Stitches” out this Friday, May 27th.

The band posted a snippet of the track on Twitter, which features frontman Matt Tuck quietly singing but the build-up of the surrounding music hints at something more vicious and raucous later in the song. Watch the teaser below.

“Stitches” follows the previously released single “Omen” both of which will be released on the deluxe version of their self-titled album. The expanded album also includes new cuts “No More Tears,” “Step Out from the Inside,” and “This Means War.” The CD version of the deluxe album drops August 5th while the vinyl version will be released on November 11th. Pre-orders can be found here.

Bullet For My Valentine recently announced a 2023 UK tour with Jinger and Atreyu. The tour starts on February 27th in Cambridge, UK and wraps up March 11th in London.

“UK! We’re coming back for more. These shows are going to be carnage. Be there!” Bullet wrote on Twitter.

Pre-sale tickets start today while general tickets on sale Friday, May 27th at 10 AM local time. Check out the dates below.

Picking out the stitches that you gave me.

This Friday. 10AM BST. You have been warned. pic.twitter.com/WpNNq50RUH 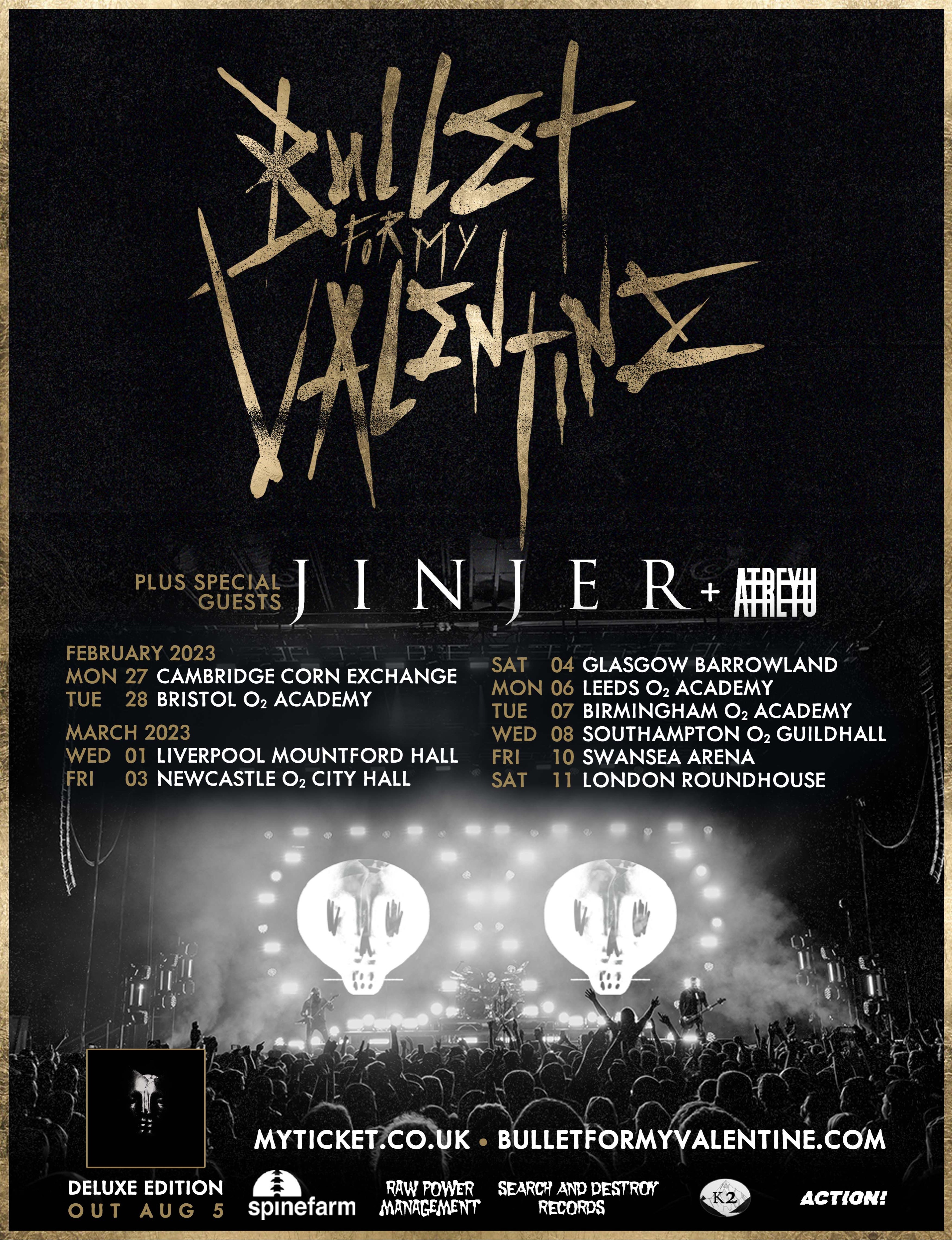