Here’s some good news from Enter Shikari. The band has announced dates for their fall headline UK/European tour.

“It feels like an odd time to announce touring, but the wheels were already in motion before all this stuff escalated and, well, we all need something to look forward to right now,” says frontman Rou Reynolds in a statement. “So later this year, as some degree of normality hopefully returns, we will finally celebrate our new album properly and present some of this material live!

“Alexandra Palace is now a cemented and certified legendary venue for me. I have had some of the best nights of my life in this place and I plan to have another one this year.

“This tour will be extra special.”

The tour kicks off October 1st in Ukraine and wraps up December 12th in the Netherlands. Tickets go on sale Friday, March 27th at 10 AM local time. UK Tour pre-sale tickets available now here for those with a Ticket Access Pass from pre-ordering Nothing Is True & Everything is Possible and Future Historians fan club members. Check out all the dates below.

Enter Shikari’s new album, Nothing Is True & Everything is Possible, comes out April 17th. Pre-order the new album here. 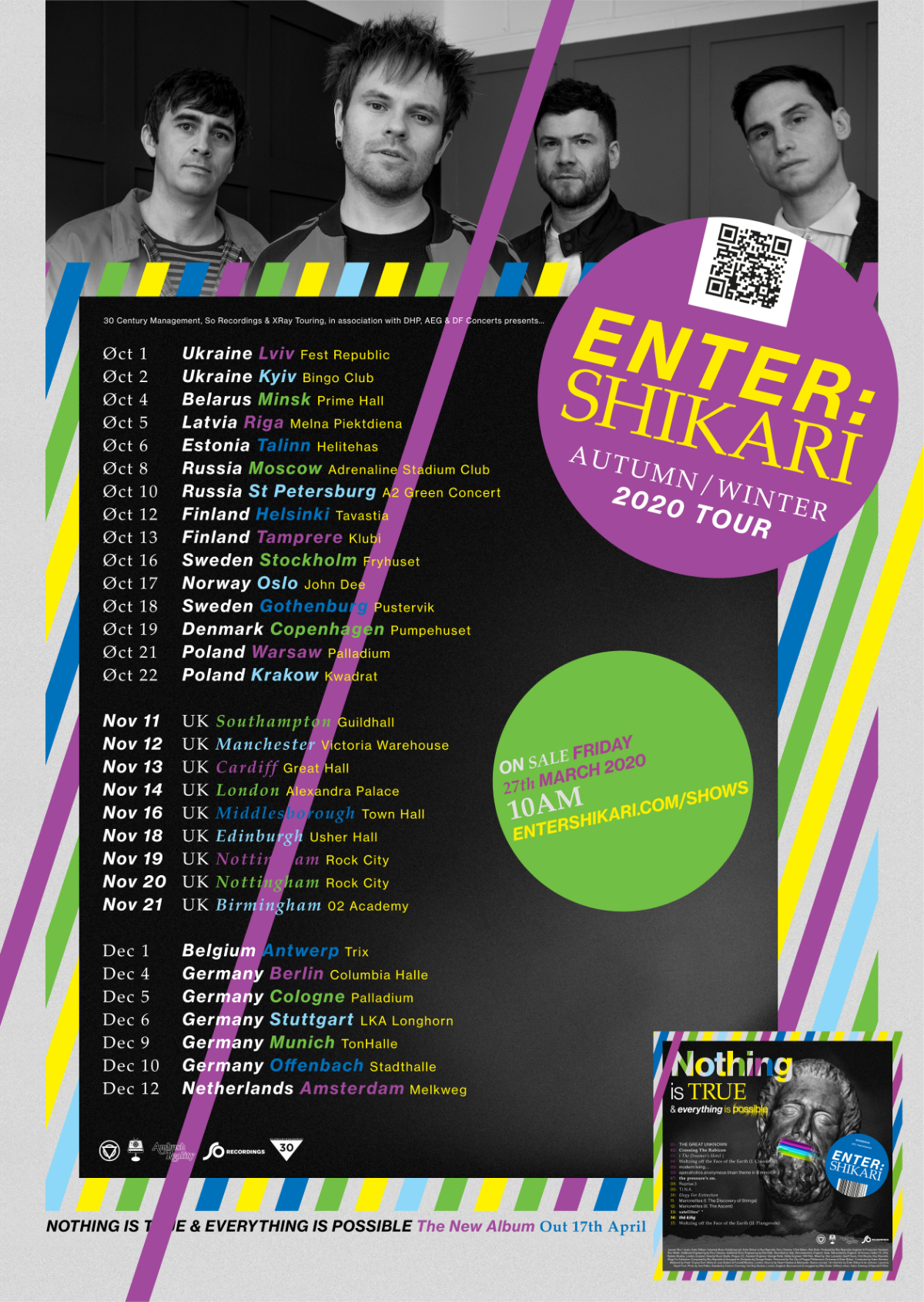