Mark your calendars! Gojira have announced their 2022 UK/European tour with Alien Weaponry and Employed to Serve.

The first European leg starts January 17th in Helsinki, Finland and wraps up in Gojira’s home country of France on February 9th. After that, the band will embark on the second leg, which kicks off February 20th in The Netherlands and concludes March 14th in Cardiff, U.K.

“Europe! We are coming for you soon!” say the band. ​“Come celebrate the return of live music and our new album Fortitude with us. We are preparing something special. Let’s finally get together.”

Tickets go on sale Monday, July 5th at 10 AM BST. Check out all the dates below.

Gojira and Alien Weaponry will hit the road along with Knocked Loose this fall for their North American tour starting in September. See those dates here. 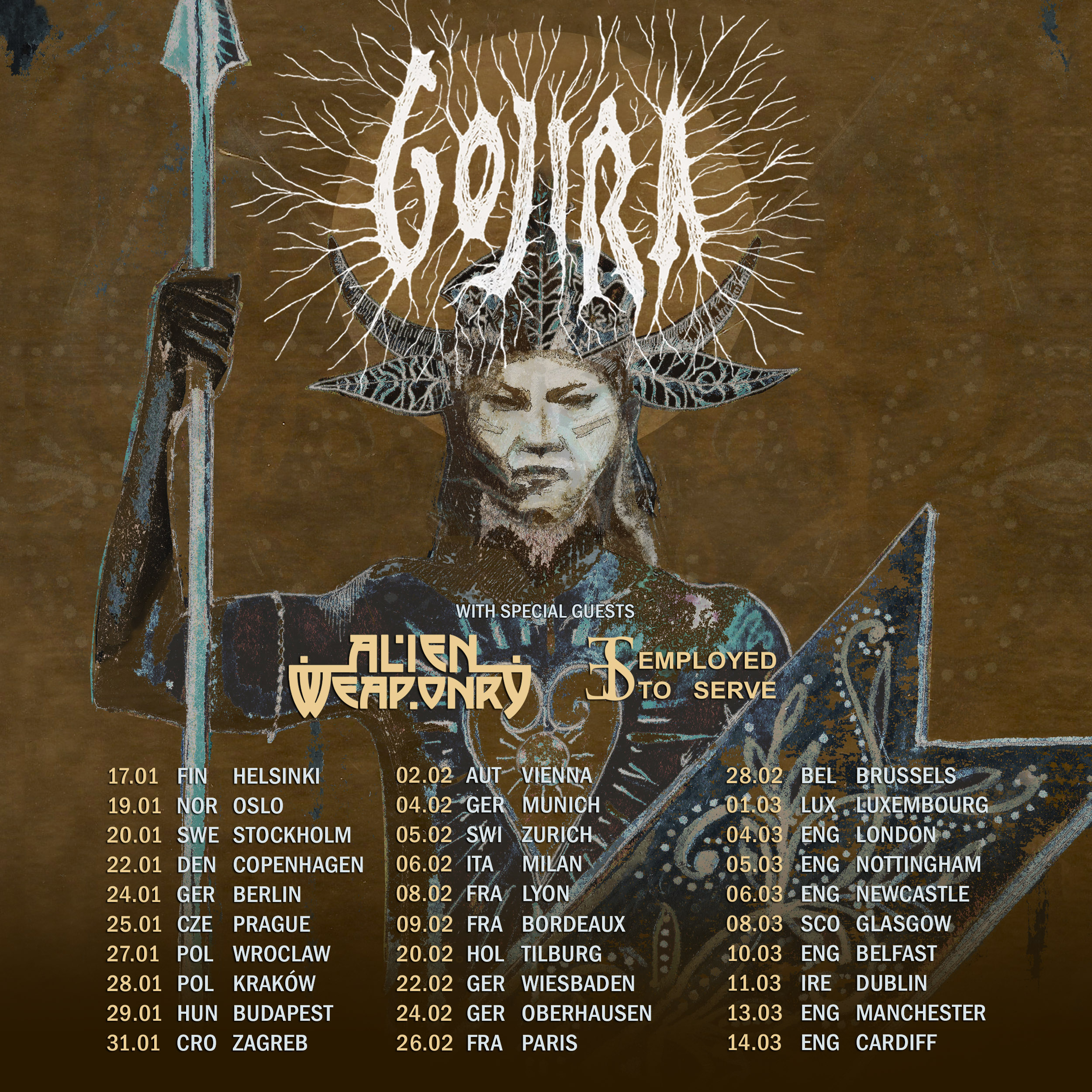 Creeper Share New Animated Video For ‘Be My End’