Lollapalooza is turning their 2020 festival into a four-night virtual event.

Lolla2020 will feature 150 performances and appearances, including archival footage from previous editions of the festival, along with new performances from Kali Uchis, Vic Mensa, Jamila Woods, Tanks and the Bangas, Pink Sweat$, H.E.R., and more. 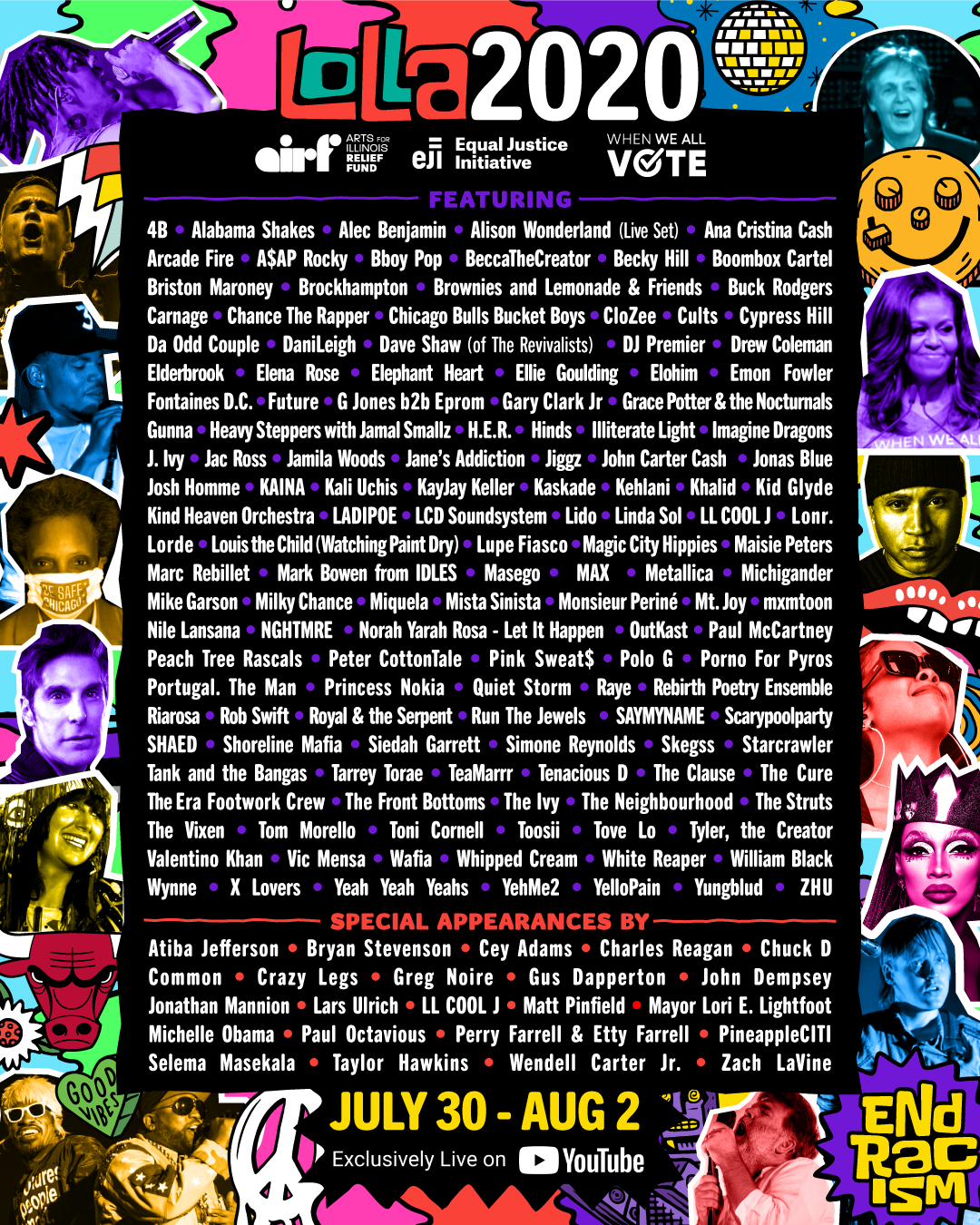 All Time Low Announce New Single ‘Once In A Lifetime’