The Offspring have shared their new video for “Let the Bad Times Roll,” taken from their upcoming album of the same name.

The clip shows the band performing the song as various people find themselves in weird situations like being attacked by cellphones, kitty screensavers coming to life, and mobs invading bedrooms surrounded by flying viruses.

In addition, the band have also announced a new U.K. show at Banquet Records, which includes a stripped-back set and a Q+A with Dexter Holland and Noodles. Get tickets here.

During a recent interview with Lou Brutus of Harddrive Radio, Holland explained the meaning behind the album title:

​“We had a song two albums ago [on 2008’s Rise And Fall, Rage And Grace] called Shit Is Fucked Up. We wrote that ​’cause we thought how terrible things were in the world back then. But it actually got worse. So we had to come up with a new title: Let The Bad Times Roll. You can apply it to a lot of things. I mean, we’re not a political band. Some people would apply it to the last administration. Some people would apply it to things that are going on today, or just how messed up everything is, trying to fix our pandemic and all that kind of stuff.” 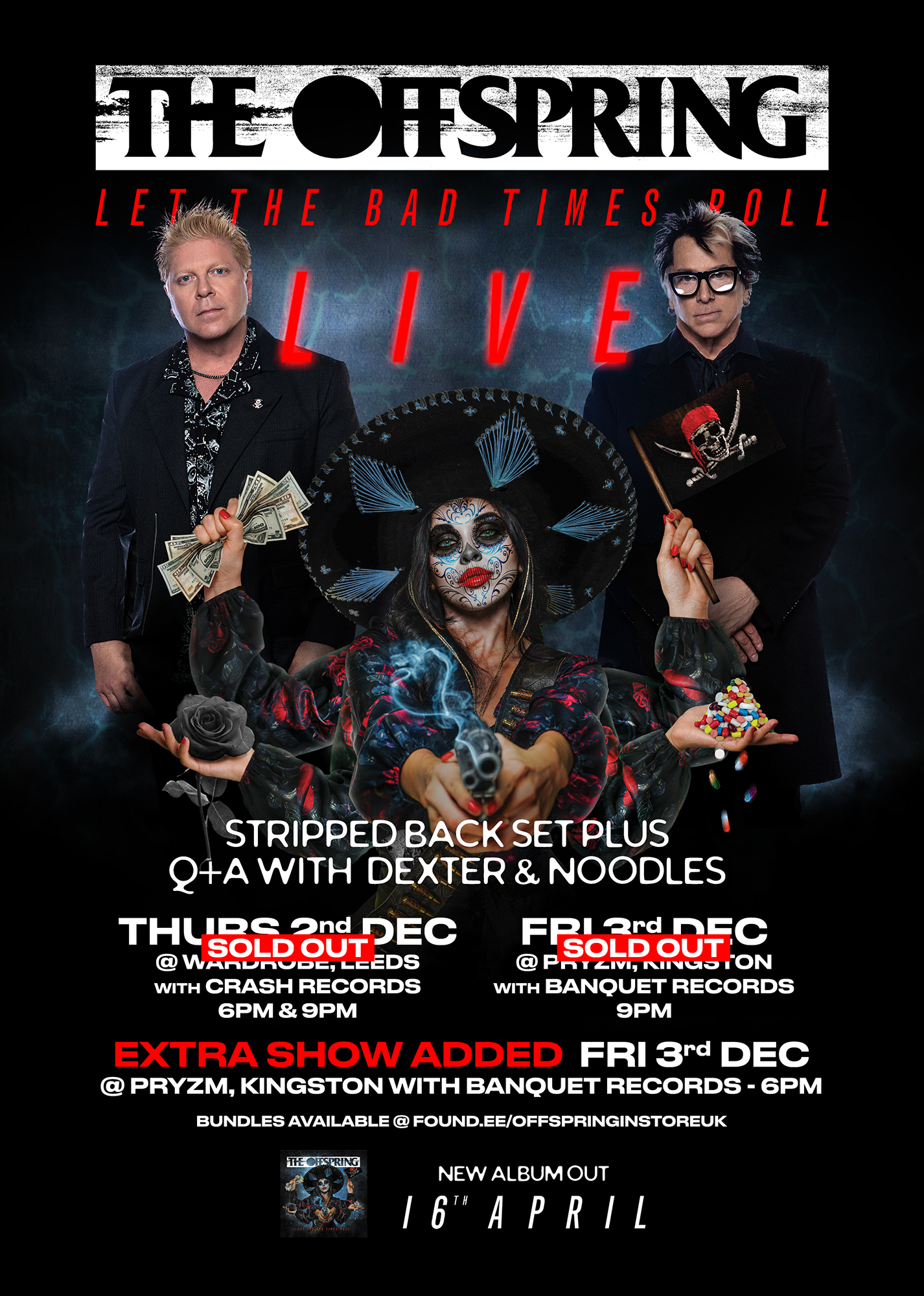 (Non)Green Day Side Project, The Network, Returns With New Song