Papa Roach is celebrating the 20th anniversary of their debut album, Infest, with a special livestream performance.

The band will perform the album in its entirety during the “Infest In-Studio” livestream event on Saturday, June 20th from Sacramento, California.

“We couldn’t take not performing any longer,” exclaims frontman Jacoby Shaddix. “Having performed the INFEST album in full as a surprise one time before (during the band’s sold-out 2015 gig at London’s Roundhouse on the album’s 15th Anniversary), we decided to open this infestation to every living-room in the world to celebrate the 20th Anniversary with us!“

“You’ll probably want to move your furniture around a little bit,” adds bassist Tobin Esperance, “we’ve all got to get some of that quarantine energy out of our system. We’ll also have our brother Jerry Horton back from his injury so watch out! ”

Tuen in to Infest In-Studio Saturday, June 20 at 2 PM PDT. Tickets are $14.99 Grab yours here. Tickets include a special physical commemorative ticket.

Additional packages including exclusive merchandise, Official Store discounts, and other expanded experiences available in very limited quantity. You will also be able to add a donation to your purchase, which will be equally donated to Doctors Without Borders the NAACP and the World Federation for Mental Health. 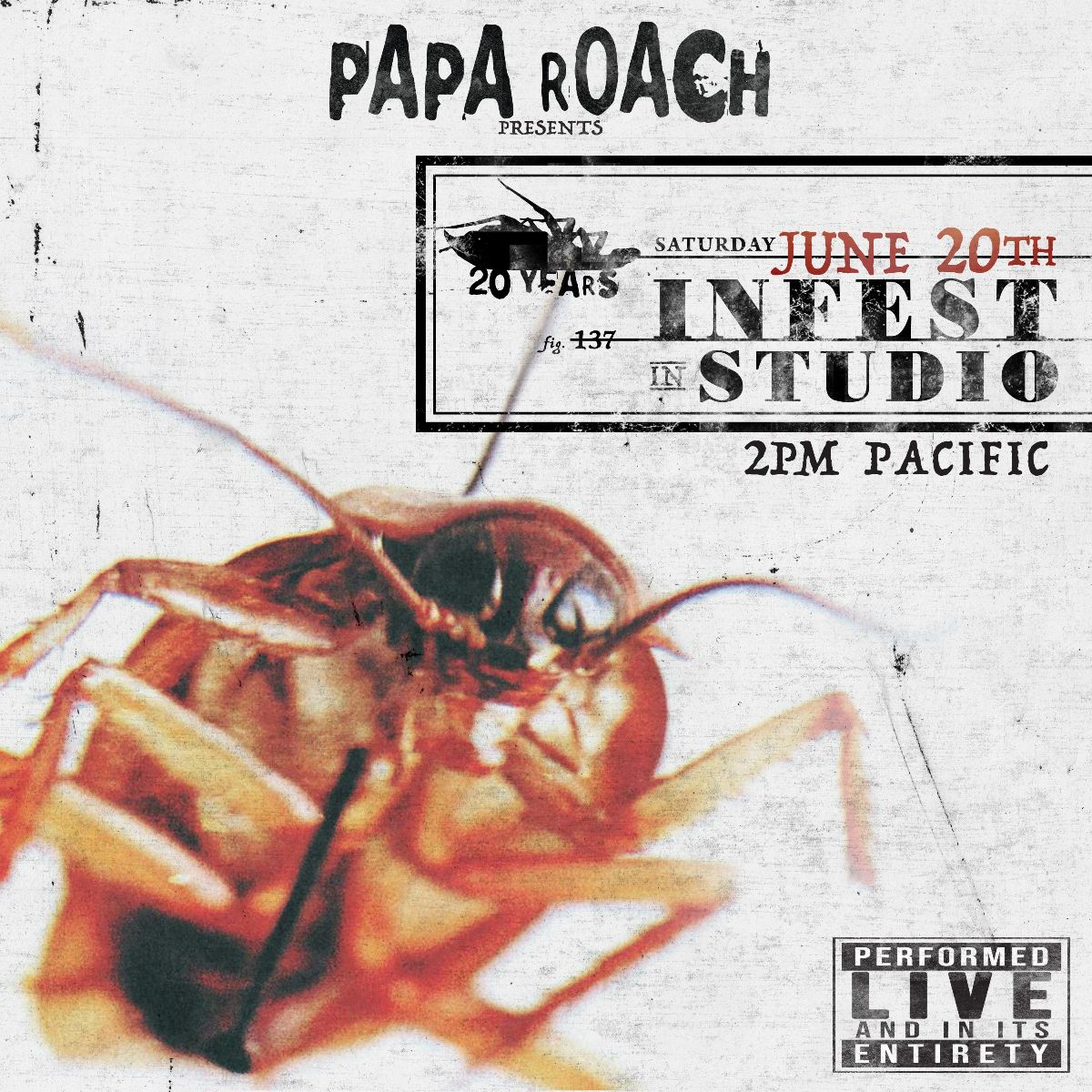 Metallica, My Chemical Romance, Mastodon And More Announced For Aftershock 2021