Jera on Air does not mess around. Having barely recovered from Touché Amoré, we drag ourselves to the other tent to see another hardcore powerhouse performing live. Yes, ladies and gentlemen, it is time for Frank Carter and the Rattlesnakes.

To the music scene, Frank Carter is pretty much what weeds are to a garden; no matter how much you try to get rid of it, it is so persistent that it always finds its way back. And though some might prefer beautiful flowers, there is nothing wrong with the occasional weeds that are rough around the edges and a much needed palate cleanser from bands that stick to conventions.

A quick punk rock history lesson: Frank Carter started his music career as the frontman of Gallows, having written their two first albums with them, ‘Orchestra of Wolves’ and ‘Grey Britain’. After having left the band in 2011, he started the band Pure Love with Jim Carroll that released a full-length in 2013 and stayed active until 2014. In 2015 he returned to the music world with his project Frank Carter and the Rattlesnakes which took off like crazy. Not long after starting, they released their debut album Blossom, with the follow-up full-length Modern Ruin coming out early 2017. Two full albums in a year and a half pretty much sums up the incredible work ethic the band follows. From selling out headlining tours to touring with no less than the Foo Fighters, Frank Carter and the Rattlesnakes know how to turn the party (but they don’t seem to know the meaning of the phrase ‘taking it easy’).

Another packed tent was the result of the anticipation that the crowd had to see this ginger English powerhouse and his companions. Opening with ‘Juggernaut’, the crowd immediately followed Carters lead and becomes putty in his tattooed hands. Already sweating like a pig from the side of the tent, no matter how appealing the idea of moshing would be, I was already warm enough as it is. As Carter climbed into the audience, a cloud of damp fog arose from the audience like a steam cabin that opened, and I don’t think it was eucalyptus-scented.

The rest of the set continued to be just as sweaty and powerful. Even less-moshier songs, such as ‘Lullaby’, which was written for his daughter, managed to produce a whirlwind of people bumping into each other in the middle of the tent and exchanging external bodily fluids. For ‘Jackals’, Frank Carter tried to get the largest circle pit of the day going by making the crowd run around the tent. Although this sounds like a kick-ass idea, there are two problems with this concept. One: he might have picked a song that is longer than 56 seconds long, because it was only at the end that people seemed to be able to move. Two: it was 30 degrees. Enough said. Maybe next time we can have the largest ice cream eating human pyramid, Frank?

Ending the set with the classic ‘I Hate You’, a song dedicated to every single asshole in your life, the band walks off having produced another stellar punk rock show. Was it the most memorable of the festival? Maybe not. But it was definitely one of the sweatiest. 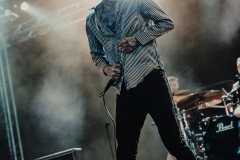 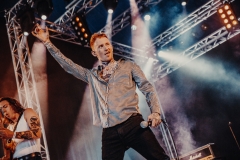 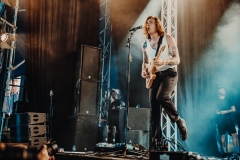 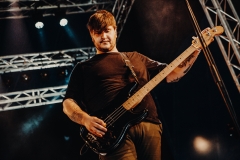 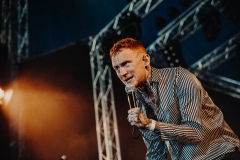 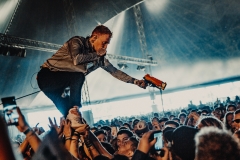 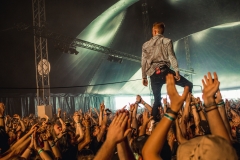 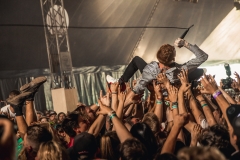 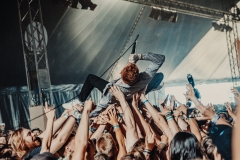 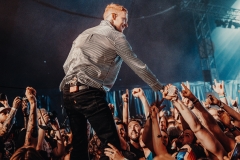 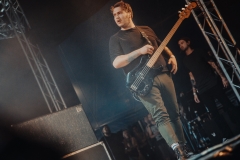 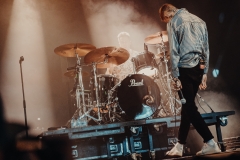 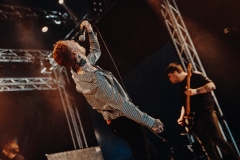 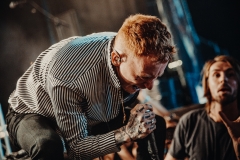 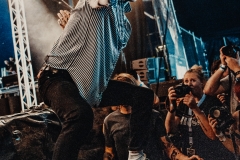 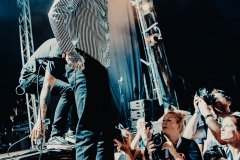 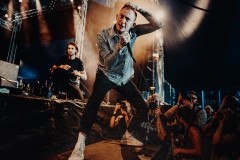 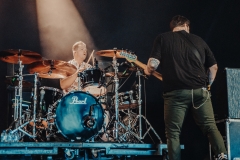 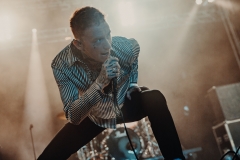 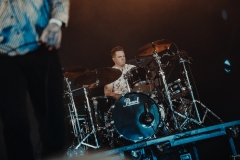 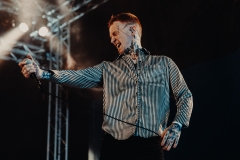 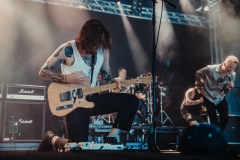 I'm Linda, a Dutch 24 year old art and music lover. I am an art historian, working for a contemporary art platform, parttime cultural blogger, a very culinary inclined vegan (yes I will bake cookies for you!), a mother of two cats and I spend almost half my spare time on planes to or in the United Kingdom.

Jera On Air Review: Sick Of It All, Eagle Stage