The Smashing Pumpkins will hit the road later this year with Jane’s Addiction.

The 32-date arena tour, dubbed “Spirits On Fire,” also features openers Poppy and Meg Myers at select dates. The tour kicks off October 2nd in Dallas, Texas and wraps up in Los Angeles, California on November 19th. Tickets go on sale this Friday, May 13th at 10 AM local time. Check out all the dates below.

The Smashing Pumpkins will appear as the musical guest on The Late Late Show with James Corden tonight on CBS.

The Smashing Pumpkins released their latest album, CYR, in 2020. Guitarist Jeff Schroeder, says “that big, epic album” Corgan has been teasing as a follow-up to 1995’s Mellon Collie and the Infinite Sadness and 2000’s Machina/The Machine of God is on the horizon. Meanwhile, Jane’s Addiction frontman Perry Farrell told Heavy Consequence that the band would hopefully record new music this year. 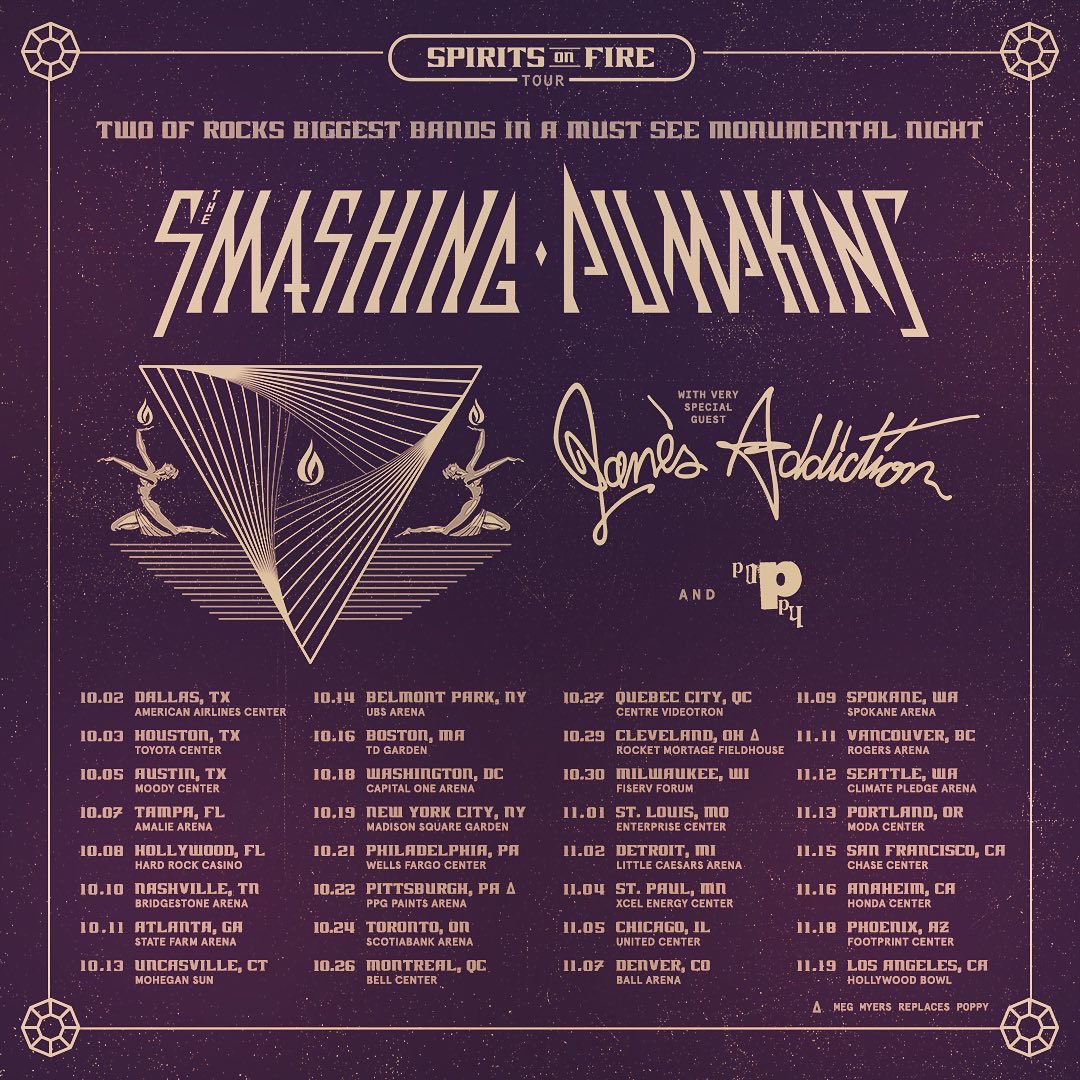 Coachella May Be Postponed Until October