The Cure have revealed details for their 44-date 2022 European/UK tour.

The tour kicks off in Latvia on October 6th and will wrap up in London on December 11th. The Twilight Sad will open all shows.

Tickets go on sale this Friday, December 10th at 10 AM local time. And yes, bassist Simon Gallup will be a part of the lineup. Gallup briefly departed the band earlier this year. Check out all the dates below.

And before you start asking, frontman Robert Smith has already said more shows will be announced later. Smith wrote on Twitter that more shows are being finalized with a good majority of them pushed back to 2023.

The band also dropped more hints about their new album. According to NME, a press release mentions a “67 minute” new album that is yet to be announced. Hopefully, we’ll get more details on this long-awaited album soon. 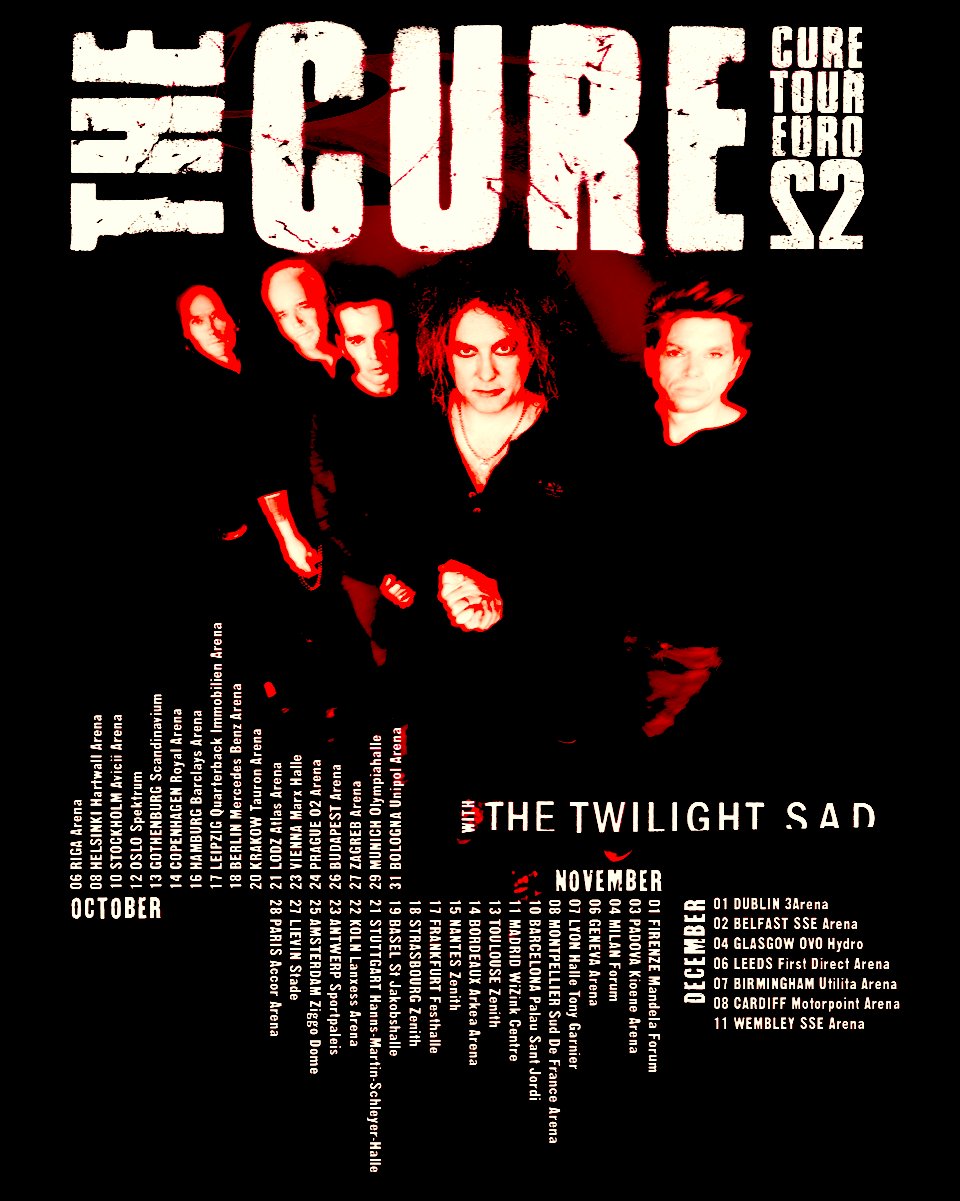 'ROW' SHOWS ARE BEING FINALISED – A LOT OF THEM GOT PUSHED BACK – THEY WILL BE ANNOUNCED IN DUE COURSE – BUT WON'T NOW HAPPEN UNTIL SPRING 2023… AND YES, WE WILL BE PLAYING SONGS FROM 'THE NEW ALBUM' IN 2022 X #waitingforgodot