This week’s edition of While You Were Away features new music from Jack White, Korn, and Placebo, plus BROCKHAMPTON news, Coheed and Cambria album announcement, festivals news, and more.

“It is not the end of the world, only the end of humanity, a distinction that in our overblown hubris we are unable to detect,” explains singer Brian Molko. “Mother Nature has grown extremely weary of us. Try Better Next Time.”

Placebo will hit the road later this year in London starting in November. Check out their dates here.

After previously teasing the track, Korn have revealed their new single “Forgotten,” taken from their upcoming album Requiem, out February 4th. The song follows the previously released “Start the Healing.” Listen to “Forgotten” below.

In support of the new album, Korn will embark on their spring headline tour with Chevelle and Code Orange starting in March. See all those dates here. Tickets are on sale now.

2022 is the year the festival returns (fingers crossed) and two of music’s biggest outings have revealed lineups for 2022.

Coachella goes down April 15th-17th and 22nd – 24th at the Empire Polo Club in Indio, California. Tickets to weekend one of Coachella are sold out, but you can still get tickets for the second weekend. And if you can’t get tickets, both weekends will be livestreamed on YouTube.

Bonnaroo takes place June 16th-19th at the Farm in Manchester, Tennessee. Tickets are on sale now.

Sad news for BROCKHAMPTON fans. The hip-hop boyband has announced an “indefinite hiatus” stating that upcoming shows at the O2 Academy Brixton in London and at Coachella will be their last shows as a group. All other shows are canceled.

“From the bottom of our hearts, thank you for being on this journey with us,” the band wrote. “We would not be here without our fans. We hope we’ve been able to inspire you as much as you have us these past eight years. We are bonded and grateful to you for life.”

Refunds for the 2022 “Here Right Now” tour are available at point of purchase. Read their full statement below.

Coheed and Cambria have announced their new album, Vaxis II: A Window of the Waking Mind, out May 27th. Produced by frontman Claudio Sanchez and Zakk Cervini, the album will feature recently released singles “Shoulders” and “Rise, Naianasha (Cut the Cord).”

The upcoming album continues the band’s “Armory Wars” story and is the second entry in the five-part “Vaxis” arc that tells the story of a couple who escapes from tyrannical forces.

Vaxis II: A Window of the Waking Mind will be released as a limited deluxe box set that includes a 96-page illustrated hardcover novel by Sanchez and his wife Chondra Echert with artwork by Chase Stone. The set also includes an exclusive Quintillan Speaker Containment Unit Lamp, three-panel fold out poster of expanded album cover art and the A Window of the Waking Mind Black Card, which allows holders early access to tickets and early entry to Coheed and Cambria headlining shows.

Pre-orders can be found here.

Jack White offers a preview of Entering Heaven Alive, just one of two new albums coming this year, with the ballad “Love Is Selfish.” Previously, White shared “Taking Me Back” from the upcoming album Fear of the Dawn.

Fear of the Dawn, out April 8th, is described as a “really hard” rock record while Entering Heaven Alive, out July 22nd, is a “very mellow” acoustic album. White will embark on a global tour to support both releases starting in April. See all his dates here. 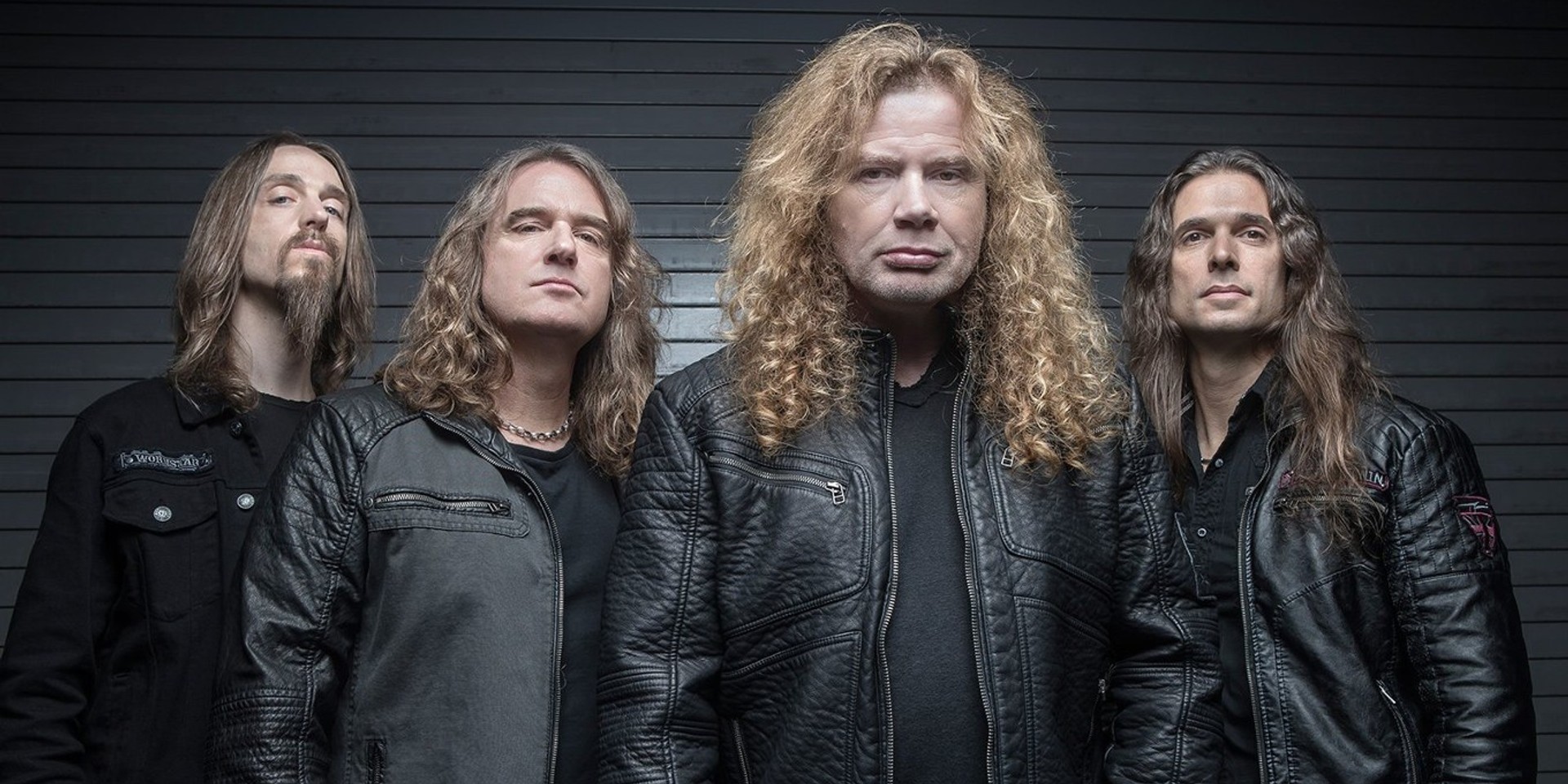 Sevendust will celebrate the 21st anniversary of their 2001 album, Animosity, with a US tour featuring special guests Tetrarch and Dead Poet Society. Shows kick off March 4th in Oklahoma City, Oklahoma and concludes March 27th in Nashville, Tennessee. Tickets are on sale now. See all the dates here.

Megadeth and Lamb of God are joining forces for the second leg of their “Metal Tour of the Year” outing. Shows start April 9th in Las Vegas, Nevada, and wraps up May 15th in Allentown, Pennslyvania. Trivium and In Flames will support all shows. Tickets are on sale now. Check out all the dates here.

Baroness have announced rescheduled dates for their 2022 North American tour. Originally set to launch last week, the tour will now start March 11th in Harrisonburg, Virginia, and wraps up April 16th in Boston, Massachusetts. See all the dates and get tickets here.

Spoon will hit the road in spring in support of their new album, Lucifer on the Sofa, the 20-date outing kicks off April 6th in Boston, Massachusetts and concludes June 4th in Phoenix, Arizona. Check out all the dates here.

Gin Blossoms celebrate the 30th anniversary of their album New Miserable Experience by playing it in full on their upcoming headline tour. Shows start February 18th in For Pierce, Florida, and wraps up April 16th in Bossier City, Louisiana. See all the dates here.

Marilyn Manson Shares Cover Of The Doors ‘The End’