Celebrate the long weekend by kicking back, relaxing, and catching up with the latest music news with the latest edition of While You Were Away. This week we’re digging new music from The Soft Moon and Architects, talking about the feuding Murderdolls, eagerly waiting for new musical scores from Trent Reznor and Atticus Ross, and more.

Architects give us another taste of their upcoming 10th studio album with new single “deep fake.”

Frontman Sam Carter previously ahead of its release on Twitter calling it “one of my faves from the record! It’s everything I love about our band. P.S. This one hits HARD.”

Previously, Architects released “tear gas.” Both songs will be included on their new album the classic symptoms of a broken spirit, out October 21st via Epitaph. Pre-order it here.

Ps this one hits HARD.

Surviving members of the Murderdolls, which included the late Slipknot drummer Joey Jordison, are feuding over the details surrounding the 20th-anniversary reissue of their debut album Beyond the Valley of the Murderdolls.

Last month, a Murderdolls website began taking pre-orders for a vinyl reissue of the album. Former members Acey Slade and Eric Griffin even reunited at the Ice Nine Kills-curated Silver Scream Con in Massachusetts. But former lead singer Wednesday 13 responded with statements saying the reissue and the activities are unofficial.

Two days later, Slade released his own statement explaining how he obtained the rights to market the band’s first album.

“It became apparent before 2020 that none of the Alumni wanted to shoulder the responsibility of maintaining the legacy or the business of the band. All of the business/legal ends of the band were abandoned. Reinstating the assets was time-consuming and expensive as you can imagine.”

He explained, “It also came to my attention that we were approaching the 20th Anniversary of Beyond… I reached out to Warner Brothers to see if they had any plans for a re-release and I was informed they did not. But they also indicated that they would be elated if I would like to license the album and all of its assets. This means the re-release of Beyond the Valley of the Murderdolls is officially licensed! And with that, any images, photos, music videos, artwork that came with the album.”

Read the full statements below. 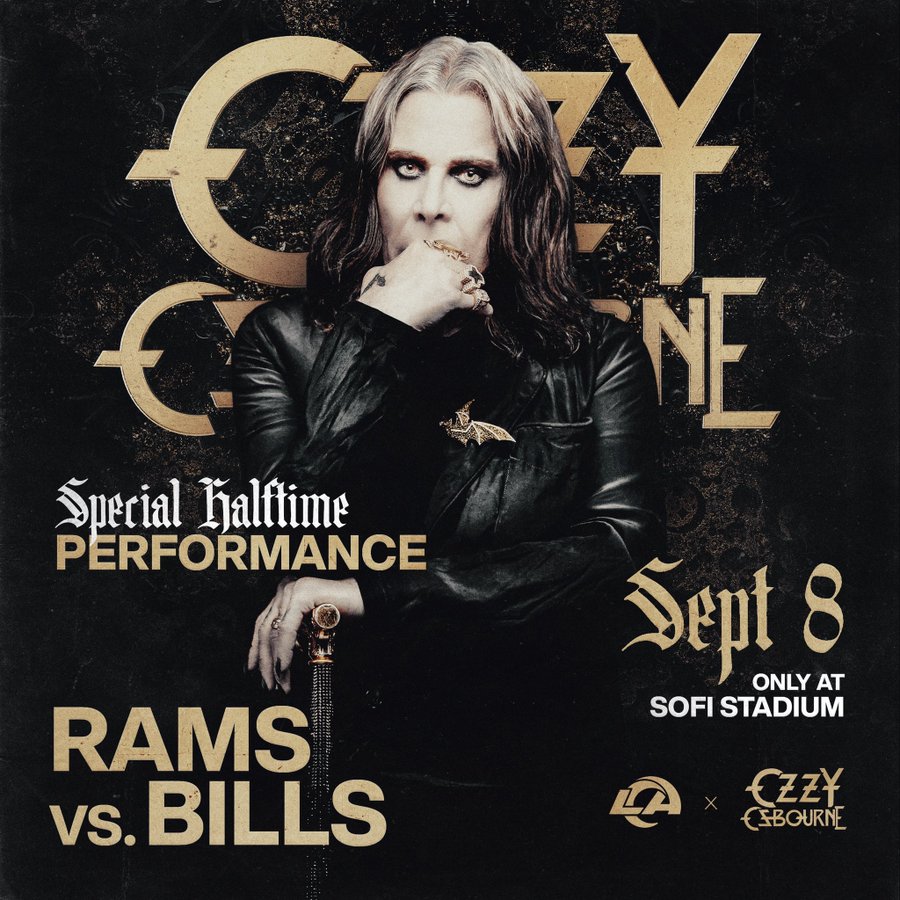 Here’s an announcement we didn’t expect. The Prince of Darkness Ozzy Osbourne will perform during halftime of the NFL’s season-opening game between the Buffalo Bill and the Los Angeles Rams at SoFi Stadium in Inglewood, California on Thursday, September 8th.

According to a press release, Osbourne will perform a multi-song medley of hits, a portion of which will be televised during the NBC broadcast of the game. The performance takes place a day before the release of his new album, Patient Number 9.

Meanwhile, Ozzy and the rest of his family will make their return to reality TV with their new docu-series Home to Roost for BBC One in 2023.

Ozzy will perform at halftime of the LA @RamsNFL season opener on Thurs, Sept 8 at @SoFiStadium

To kick off the 2022 season, the Los Angeles #Rams will host the @BuffaloBills in the Rams’ 1st game at #SoFiStadium since winning #SuperBowl LVI in Februaryhttps://t.co/nuMFITHpCP pic.twitter.com/x9Ljbyphqh

Bones and All stars Timothée Chalamet and Taylor Russell as a pair of teenage cannibals in the 1980s. Described as a “coming-of-age horror story,” the movie’s description reads “Despite their best efforts, all roads lead back to their terrifying pasts and to a final stand that will determine whether their love can survive their otherness.”

According to The Independent, Guadagnino challenged Reznor and Ross to “find the sound of a road trip” and “the sound of the American landscape.” The film will also feature songs from Kiss and Joy Division, among others.

Meanwhile, Empire of Light is a “love letter to cinema” that stars Olivia Coleman and Colin Firth. Check out trailers for both movies below.

The Soft Moon aka Luis Vasquez has shared yet another new song from his upcoming album Exister. The song arrives with an accompanying music video directed by Bryan M. Ferguson.

“The song to me evokes a real sense of underlining ache,” Ferguson said in a statement. “I knew immediately that the video should be a metamorphosis, a person’s body transforming into something hideous. It’s definitely a literal visual interpretation of what the song is about but I really wanted the transformation from one physical shape to the other to be slow, painful and almost organic.”

The Who’s Roger Daltry and Pete Townshend will hit the road in October for the “The Who Hits Back” tour. The trek starts October 2nd in Toronto, Ontario, and wraps up with a two-night stint in Las Vegas on November 4th and 5th. Tickets are currently on sale.

Harry Styles has expanded his “Love on Tour” outing to include new dates in the US, Brazil, the UK, and Europe taking him well into 2023. Tickets for all shows, including his current North American leg, are on sale now.

Yes will celebrate the 50th (!!!) anniversary of their album Close to the Edge with a fall 2022 tour. The progressive rock icons will hit the road on October 7th in Glenside, Pennsylvania. The tour comes to an end on November 19th in Westbury, New York. Find tickets and all dates here.

Keith Buckley Releases Statement On Every Time I Die Breakup