On While You Were Away this week, we’re still freaking out over Metallica’s new album, obsessively watching the re-issue of The Cure’s Play Out, loving the 2023 lineup for Primavera Sound, and more!

Metal icons Metallica are back! The band have announced their new album 72 Seasons, which drops April 14th via Blackened Recordings.

Speaking about the title, frontman James Hetfield explains “72 seasons. The first 18 years of our lives that form our true or false selves. The concept that we were told ‘who we are’ by our parents. A possible pigeonholing around what kind of personality we are. I think the most interesting part of this is the continued study of those core beliefs and how it affects our perception of the world today. Much of our adult experience is re-enactment or reaction to these childhood experiences. Prisoners of childhood or breaking free of those bondages we carry.”

As if that wasn’t enough, they also released the album’s lead single ” Lux Æterna” and announce a huge world tour, which kicks off next spring. Get all the tour details here and pre-order 72 Seasons here.

The Cure share expanded version of 1991 documentary ‘Play Out’

A week after the release of the deluxe edition of Wish, The Cure have released an upgraded, expanded HD version of their 1991 behind-the-scenes documentary Play Out via YouTube. Prior to this, the documentary was only available on VHS.

Directed by Peter Fowler, Play Out follows The Cure as they prepare for various performances spanning from small English clubs to headlining sets and even their performance on MTV Unplugged. Along with the performances, the documentary offers a look at what life was like for The Cure during a critical moment in their career.

Watch Play Out below.

The festival will take place over weekends at different locations. Primavera Sound Barcelona goes down between May 31st and June 4th, while the inaugural Primavera Sound Madrid follows between June 7th and June 11th.

Tickets for both weekends go on sale Thursday, December 1st at 12 PM local time. Get all the details on the festival website. 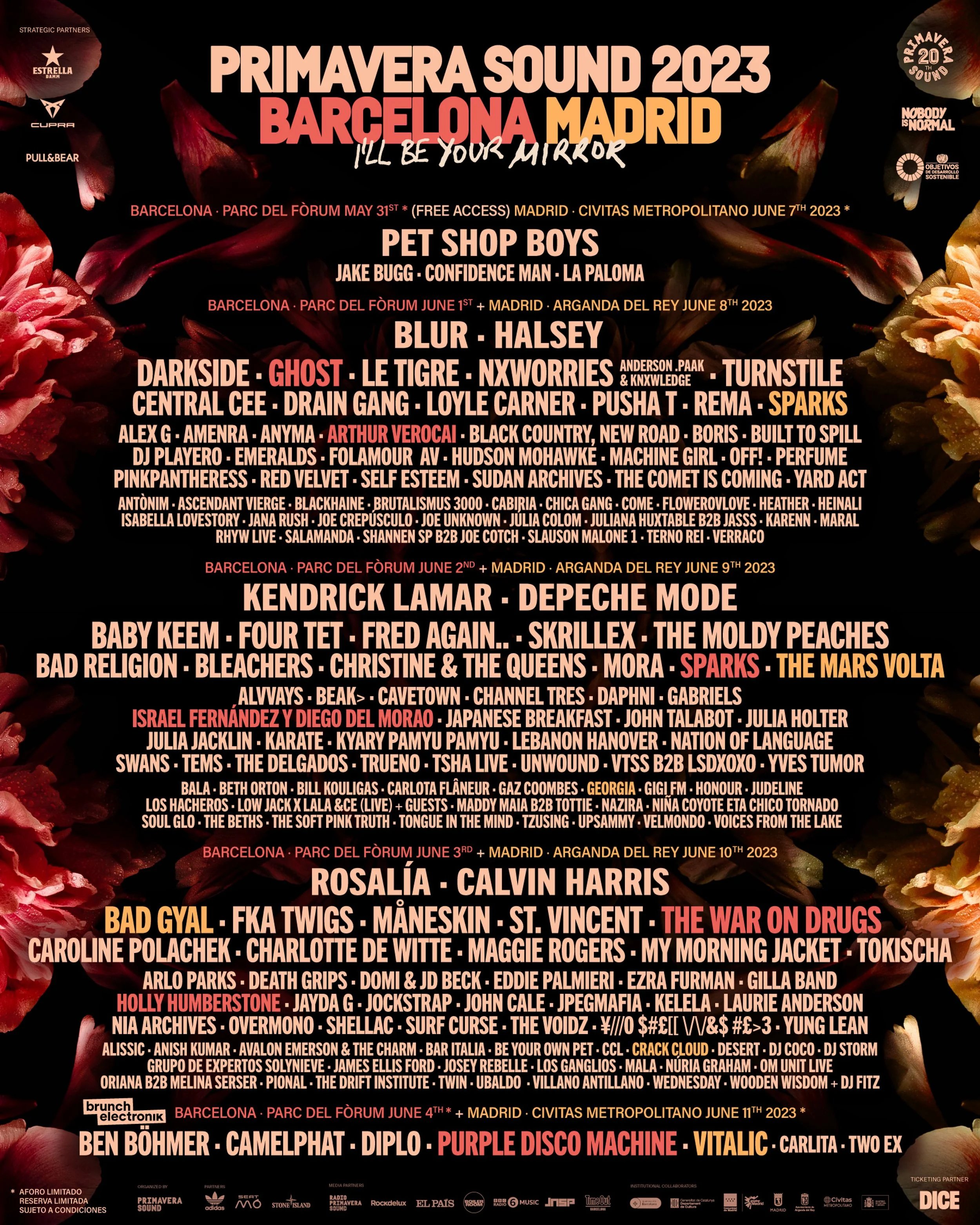 It seems a new Fall Out Boy album is on the way. Though the band haven’t mentioned anything about new music they recently posted some cryptic teasers in their hometown’s newspaper.

Readers of the Chicago Tribune found a mysterious ad reading “FOB8. If you build it, they will come” suggesting their eighth album is ready to be revealed.

Back in September guitarist Joe Trohman revealed to Rolling Stone that the band was working on a follow-up to M A N I A that was eventually put on the back burner.

“We were working on some stuff that was guitar-based,” he said. “I don’t know what’s happening with it. I think it, unfortunately, went to the back burner.

“It would be nice to make a record where the guitar is a little more upfront. We did start that way, as a guitar-based rock band, and it’d be cool to go back to those roots. We’d have to find a way to do it that doesn’t sound like Fall Out Boy from 2005. It might be cool for somebody else to do that, but it wouldn’t be cool for us to do it.”

Check out the teasers below.

Motley Crue and Def Leppard will play two US shows before kicking off their international “World Tour” dates. The bands will perform two nights at Atlantic City’s Hard Rock Live at Mark G. Etsess Arena on February 10th and 11th. Tickets are currently on sale.

The Weeknd will bring his “After Hours Til Dawn Tour” to the UK, Europe, Mexico, and South America next year. This leg of the tour starts June 10th in Manchester, UK, and wraps up October 15th in Santiago, CL. Tickets for all overseas shows are now on sale.

To cap off their farewell tour, The B-52s will play a ten-night residency at The Venetian Theatre inside Las Vegas’ Venetian Resort starting May 5th. After that, the following dates are May 6th, 10th, 12th, and 13th; August 25rd, 26th, and 30th; and September 2nd and 3rd. Tickets are available now.