Slam Dunk Festival 2021 won’t be happening in May after all. The good news is it’s been moved to September 2021.

Festival organizers have announced the North edition of the festival will now be taking place on September 4th, while Slam Dunk South is happening on September 5th. All original tickets remain valid. In addition, most of the original lineup, which includes Sum 41, Don Broco, and NOFX, will return for the rescheduled dates.

“Hopefully moving back to September will allow enough leeway should there be any delays to the current roadmap,” organizers said in a statement. “We are also very happy to say that the vast majority of the lineup will be staying with us for September and a lineup announcement will be coming shortly. Your ticket provider will be in touch soon to confirm the next steps and assist you if you cannot make the new dates.”

Read the full statement below.

The Slam Dunk announcement comes days after U.K. prime minister Boris Johnson announced that live music could return to England starting June 21st. Almost all restrictions could be lifted in June, the prime minister confirmed in a new statement.

“I know there will be many people who will be worried that we are being too ambitious and that it is arrogant to impose any kind of plan on a virus,” he says (via BBC). ​“I agree that we must always be humble in the face of nature.

“…A wretched year will give way to a spring and a summer that will be very different and incomparably better than the picture we see around us today.”

Meanwhile, U.S.-based festivals continue to cancel their 2021 plans. Coachella, Sonica Temple, and Epicenter have been canceled for the second year in a row. 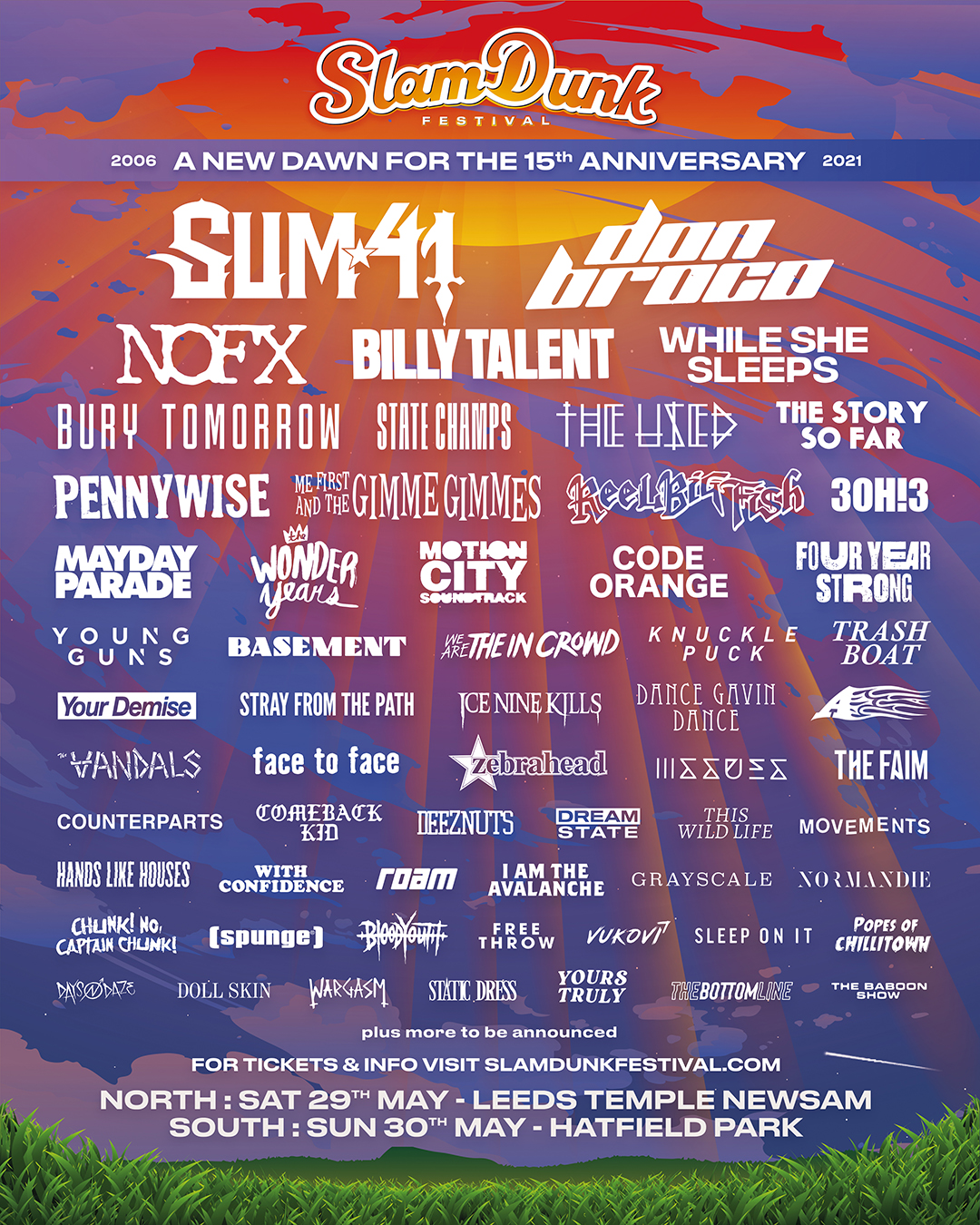