Too busy hibernating to keep up with music news? Catch up on the stories you missed While You Were Away! This week we’re talking about Megadeth’s album delay, new teasers from Red Hot Chili Peppers and Green Day, new music from Voivod and Shinedown plus tours on sale this week and more!

For the past month, Green Day has been teasing new music and with their latest studio teaser, the suspense is killing us.

The band recently shared a clip of them playing new music from London’s RAK Studios. And similar to previous teasers, it features the mysterious number 1972. Is this the name of their next album? Hopefully, we won’t have to wait much longer to find out.

Watch the clip below.

Fans have been waiting for Megadeth’s new album, The Sick, The Dying, and The Dead, for a while now. And looks like they’ll have to keep waiting a bit longer. The album has been pushed back yet again.

Frontman Dave Mustaine dropped the news during an interview with Forbes. When asked if their next tour leg with Lamb of God would be in support of the new album, Mustaine said “No. This is wrapping up the remainder of last year, but I know that our actual official record release date had gotten moved back again with all of the distribution stuff, and all of these issues with getting product from one place to the next with record plants making vinyl.”

Last year, Mustaine suggested the new album would drop in spring 2022. So far, a tentative release date hasn’t been announced.

Shinedown returns with their new album Planet Zero, out April 22nd via Atlantic Records. To preview the record, the band shared the lead single of the same name.

“If we shut each other down and allow ourselves to be divided by the information we consume and the way we talk to each other, we lose our humanity. When you look outside of your phone, you’ll see there are so many people doing good things and trying to take care of each other. But we’re starting to see parts of society slip into an unknown,” Smith said of the album in a press release.

“Planet Zero was written for all of us. The fact is that we’re all here on this planet no matter what, so it’s time to actually move forward together with empathy, perseverance and strength. With that said…. welcome to Planet Zero.”

Listen to the new song below.

Red Hot Chili Peppers recently gave fans a taste of the new music they’ve been working on. The band posted 18 seconds of new material on their social media pages. The clip showcases some fancy guitar work from guitarist John Frusciante, who previously left the band in 2009.

Listen to the teaser below.

“Look, John hasn’t been in our group in 10 years,” Smith said. “That’s a long time. So of course it’s going to sound different, but it’s gonna sound like the four of us because we do have this special chemistry together. It sounds like Red Hot Chili Peppers, but it’s different and new, and to me that’s great… We really like it and we’re proud of it and it has to start there.” 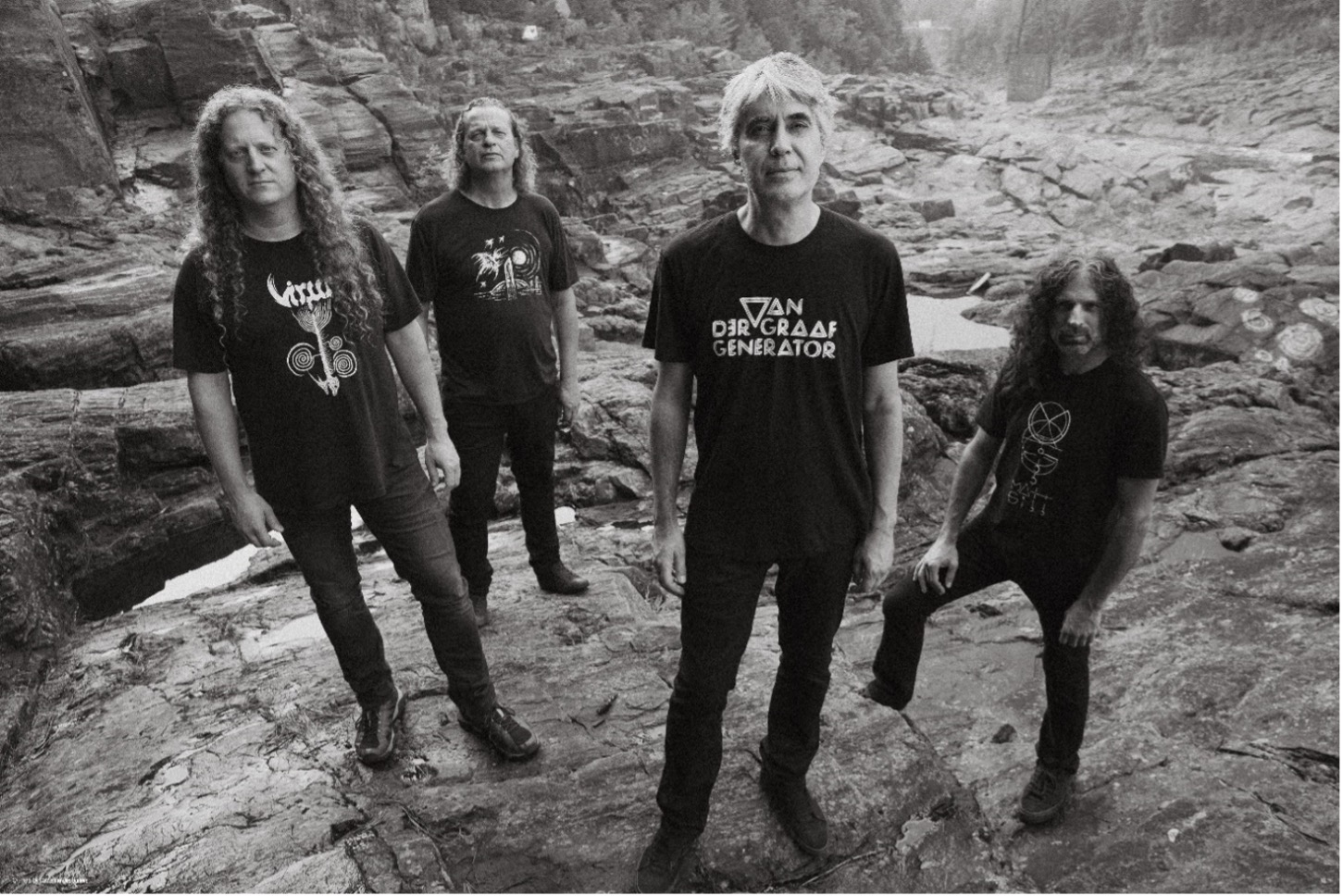 Voivod have released the title track from their upcoming album Synchro Anarchy, out February 11th via Century Media. The band also shared the song’s accompanying video created by Syl Disjonk.

Speaking about the song in a press statement, drummer Michel “Away” Langevin said:

“After coming back from the European tour with GWAR at the end of 2019, we took a break and got back together in early 2020 to record some new ideas and improvisations. After finishing one of these sessions, while untying my running shoes, I had a flash of a rhythm where I would skip one beat every bar. I told the band I had an idea and walked towards the drums but I stepped on one of my shoelaces, missed a step and almost fell on the drum kit.

Everybody laughed, then I played the beat, which Chewy recorded and named ‘Away’s Shoelace Incident’. This gave Snake the idea to write about these strange timings where somebody would stop to tie up his shoe only to be closely missed by a flying wheel of a car. At one point Snake had shorten the title to ‘Shoelace’ but I noticed in his lyrics the words Synchro Anarchy and told him it would be a great name for the song.

When we were done recording the songs we all thought it would also be a good title for the album. It is really representative of the planet we live on and the way we had to build the LP out of snippets of ideas like a huge puzzle.

For this single, we asked our good friend Syl Disjonk, who did the videos for ‘The End Of Dormancy’ and ‘Kluskap ‘O Kom’, to film the band and work his magic. So here it is, the title track of the new album, enjoy!”

Listen to the track below.

Tours On Sale This Week

Bleachers will embark on “the 2022 tour” in support of their latest album Take the Sadness out of Saturday Night starting March 24th in Boston. The trek wraps up on July 29th in Cooperstown, New York. See all the dates and find the tickets here.

Interpol will hit the road for their first tour in two years that includes shows in the US, UK, and Europe. The tour starts April 25th in Dallas, Texas and wraps up June 19th with their Pinkpop Festival set. Find details and tickets here.

While You Were Away: New Music From Jack White, Ministry, And Red Hot Chili Peppers, Creeper Joins 2000trees And More