Months after their surprising return, Southampton punks Creeper have announced their second album, Sex, Death, & The Infinite Void. The follow up to 2017’s Eternity in Your Arms arrives May 22nd, via Roadrunner Records.

Speaking about the new album, frontman Will Gould “The real-life time travel that music can achieve is almost supernatural. In a moment you can be transported from a bedroom in the south of England to another dimension entirely. With our latest album, we attempted to perform a similar magic. The concept behind the artwork came to me when I was considering the ways I first discovered music. Both Ian Miles and I have similar stories of discovering our parents’ records. Holding in our hands these battered relics of the past, playing them for the first time and experiencing the magic of them coming to life over the speaker.”

He continues “This being the case, our album cover attempts to live up to that promise. It would fit in with our parents’ records of the past, you could find it in a dusty attic, blow off the cobwebs, play it at any moment in time and be transported.”

In addition, Creeper has also announced a headline UK tour with Wargasm and Holding Absence. Shows kick off April 12th in Leeds and wrap up April 18th in Birmingham. Tickets go on sale January 20th. Those who pre-order the album from the band’s UK store by January 15th will get access to a pre-sale on January 16th. 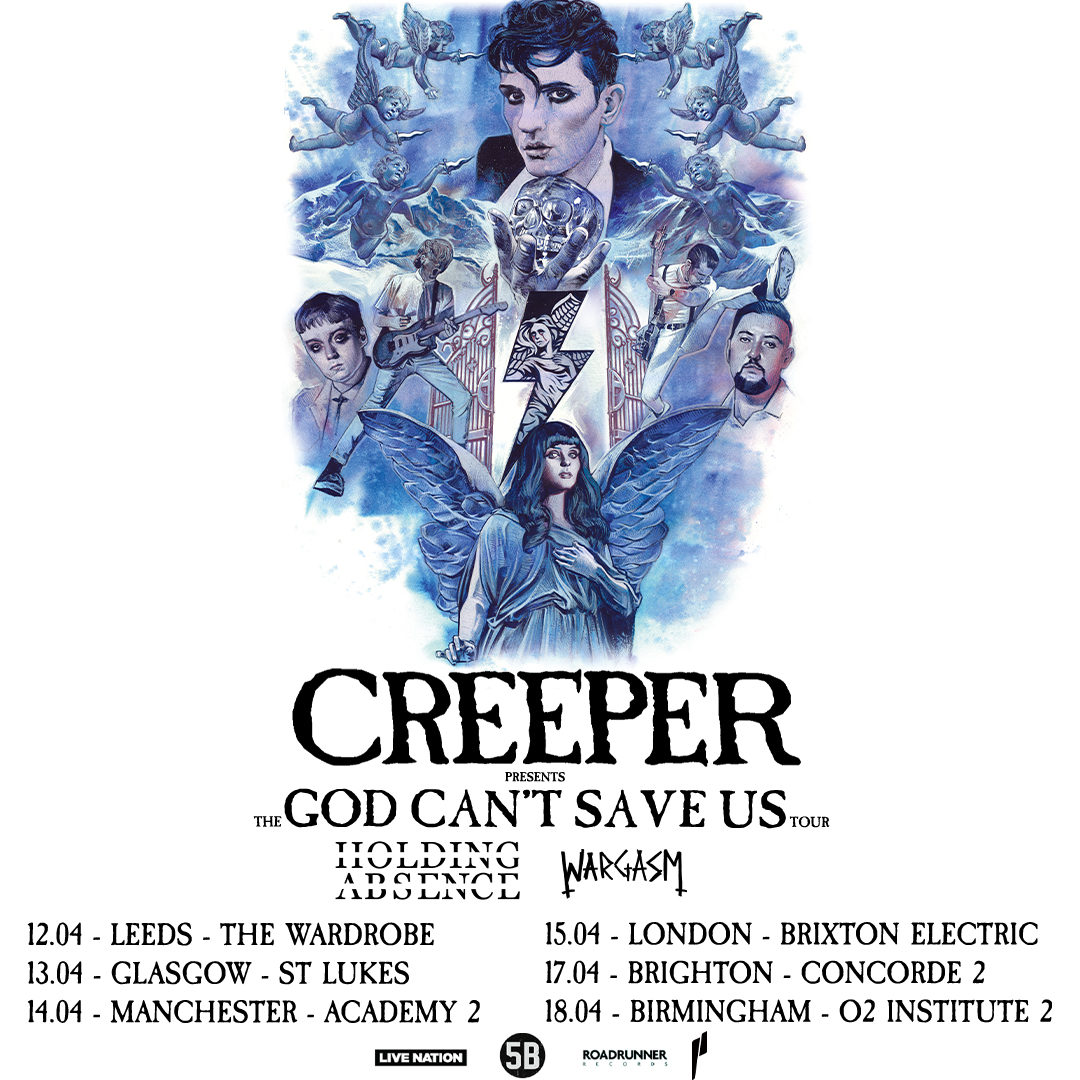