The film will premiere at Brain Dead Studios in Los Angeles on June 26th and will feature new music from the band. The free event will feature continuous showings of the short film from 12 PM – 5 PM PT and will be open to the public on a first-come first-serve basis.

Check out the movie poster below.

TURNSTILE recently returned with “MYSTERY,” their first new music since the release of 2018’s Time & Space. The band will hit the road this summer with Show Me The Body and Never Ending Game. The tour includes three California shows and four festival appearances. California dates kick off August 28th in Garden Grove and wrap up August 30th in Santa Cruz.

The band is also set to make festival appearances at Firefly Music Festival, Louder Than Life, Knotfest Iowa, and Primavera Sound. See all their dates below. 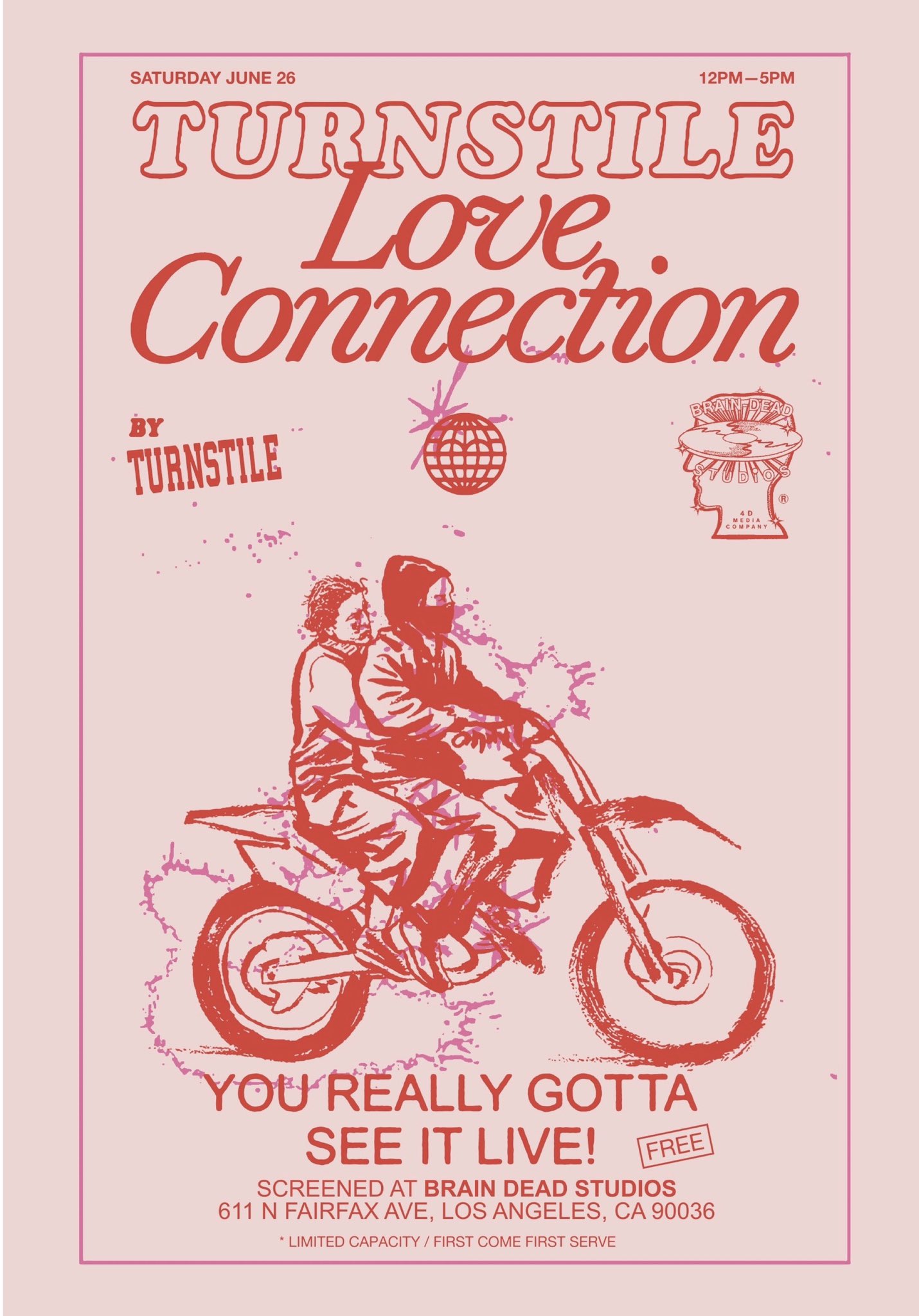 * w/ Show Me The Body and Never Ending Game

Bullet For My Valentine, Enter Shikari, And Frank Carter To Headline Download Pilot

YUNGBLUD’s Occupy The UK Tour Has Been Postponed