DC Comics and Loma Vista Recordings have announced the Dark Nights: Death Metal soundtrack for the comic series of the same name.

Executive produced by Tyler Bates, the album features new cuts from Chelsea Wolfe, Rise Against, HEALTH, IDLES, Grey Daze, Soccer Mommy, and more. Get a taste of the soundtrack with Mastodon’s “Forged By Neron,” which you can listen to below.

“We are super excited and honored to be part of the Dark Nights: Death Metal Soundtrack! We’ve all been fans of DC Comics and the Batman universe since we were kids, so it really means a lot for us to be able to add something to that world,” says Brann Dailor of Mastodon.

“This soundtrack and motion-comic series was made by fans of comics, for fans of comics and music,” says Bates. “‘Dark Nights: Death Metal’ is next-level storytelling by two incredibly talented artists in Scott Snyder and Greg Capullo. The visual aspect of this comic is entirely compelling, and resonates throughout each song on the soundtrack.” 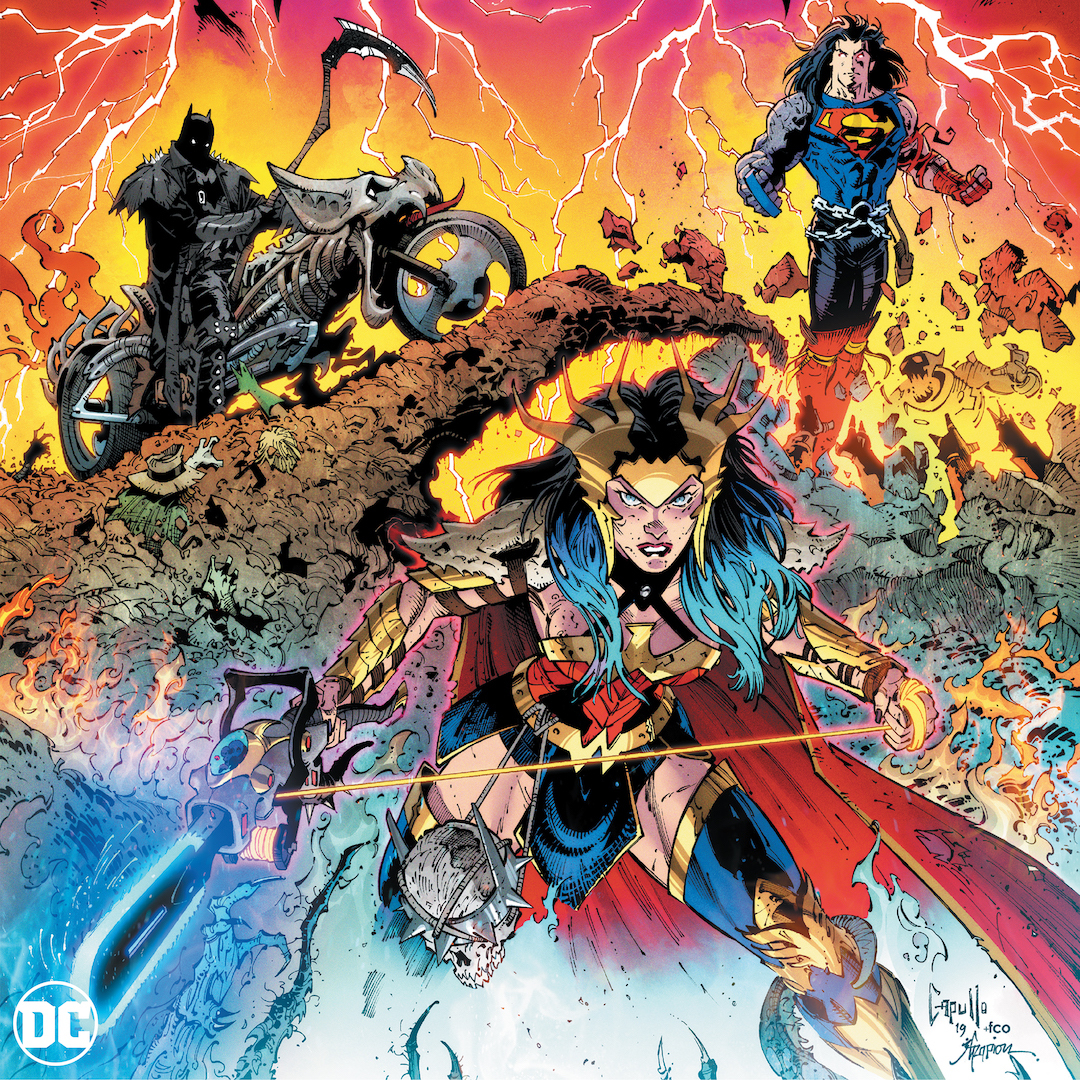