Muse have announced dates for their 2023 “Will of the People” North American tour.

Touring in support of their new album of the same name, the band will hit the road starting February 25th in Chicago, Illinois. The tour will make stops in Houston, Columbus, Toronto, Denver, Los Angeles, and Seattle before wrapping up on April 20th in Salt Lake City, Utah. The tour features special guest appearances from Evanescence.

Next month, Muse will embark on a small run of theater tour dates. They’ll also perform at Sacramento’s Aftershock Festival on October 9th. See all their dates here.

Muse’s new album Will of the People is out now. 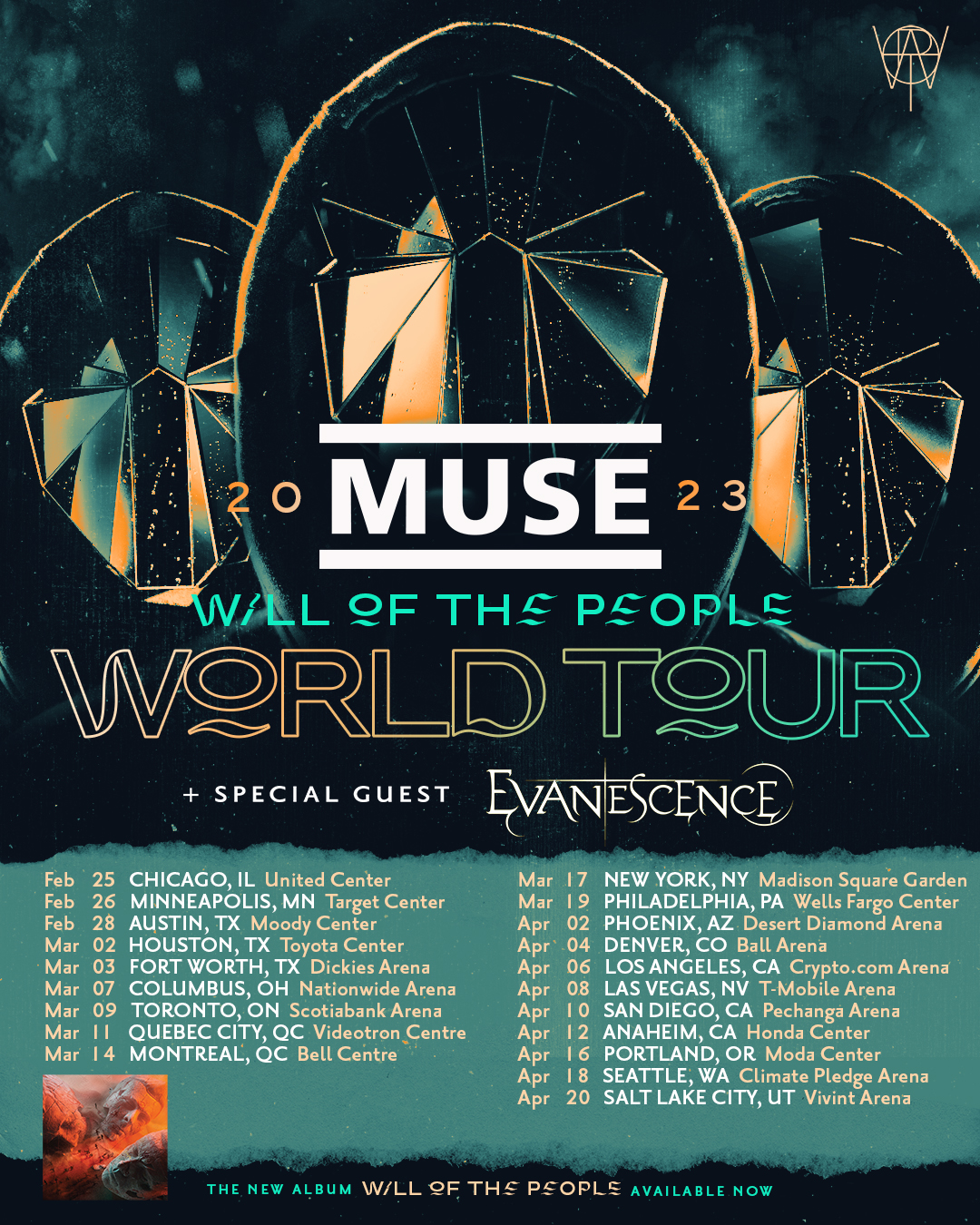