Knotfest is officially back!

Slipknot has announced dates for Knotfest Roadshow 2021. Joining Slipknot on this outing is Killswitch Engage, FEVER 333 and Code Orange.

The tour kicks off September 28th in Tinley Park, Illinois, and concludes November 2nd show in Phoenix, Arizona. Prior to this outing, Slipknot will perform at Knotfest Iowa on September 25th. Faith No More, Megadeth, Lamb of God, and Gojira will perform at the one-day festival.

“With the world opening up, it’s time to get excited about LIFE again,” said Slipknot frontman Corey Taylor in a press release. “To get back to LIFE again. This tour is a long time coming and we hope you’re as excited to see it as we are to play it. Stay safe, stay (sic) and we’ll see you soon.”

Tickets for Knotfest Roadshow 2021 go on sale Wednesday, June 2nd for Knotfest subscribers with general sales starting Friday, June 4th. Check out all the dates below.

During a recent interview with Des Moines radio station Lazer 103.3, Corey Taylor revealed Slipknot is currently working on their next album.

“We’ve got a bunch of really cool stuff, man,” he told them. ​“It was something that we just kind of started kicking around, obviously, in quarantine. And Clown hit me up, he was, like, ​‘Hey, we’re gonna start working on some music. Are you down?’ I was, like, ​‘Absolutely. Start sending me some stuff, and we’ll start figuring it out.’

“So they started putting together some rad music, man – really cool stuff that made me start thinking outside my own box and challenging myself,” he continues. ​“And it was cool, ​’cause I got excited again about exploring some different stuff and not just being so driven in my own thing, but thinking outside, trying to tell other people’s stories again. And that’s kind of where I’m going with this new Slipknot album – trying to tell other people’s stories and not just my own. And it’s feeling pretty rad, man. I can’t wait for people to hear it.” 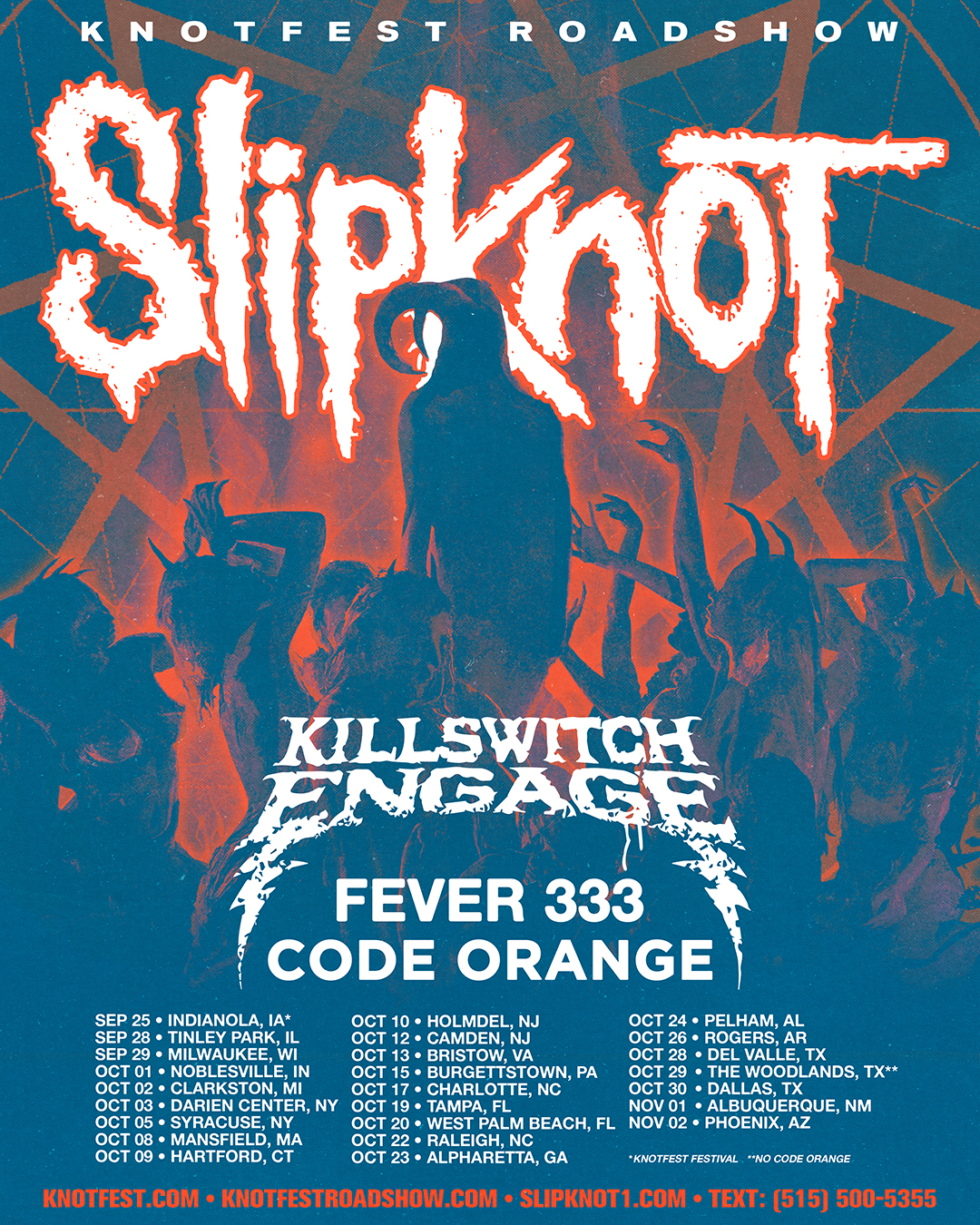