Foo Fighters are ready to hit the road once again!

The band have announced the first six dates of their 26th anniversary U.S. tour, which do not include their headlining slots at Lollapalooza, Bonnaroo, and BottleRock.

The tour starts July 28th in Cincinnati, Ohio and wraps up August 9th in Albuquerque, New Mexico. Radkey will be support for all shows announced so far.

Tickets go on sale Friday, June 4th at 10 AM local time. Citi cardmembers can access pre-sale tickets starting today (June 1) at 12 PM ET until Thursday, June 3rd at 10 PM ET. Check out all the dates below. The band assures that more dates will be announced soon.

Foo Fighters released their latest album Medicine at Midnight back in February. The band will be inducted into the Rock & Roll Hall of Fame this year, alongside the Go-Go’s, Jay-Z, Carole King, Todd Rundgren, and Tina Turner. The induction ceremony will be held at Cleveland, Ohio’s Rocket Mortgage FieldHouse on October 30th. 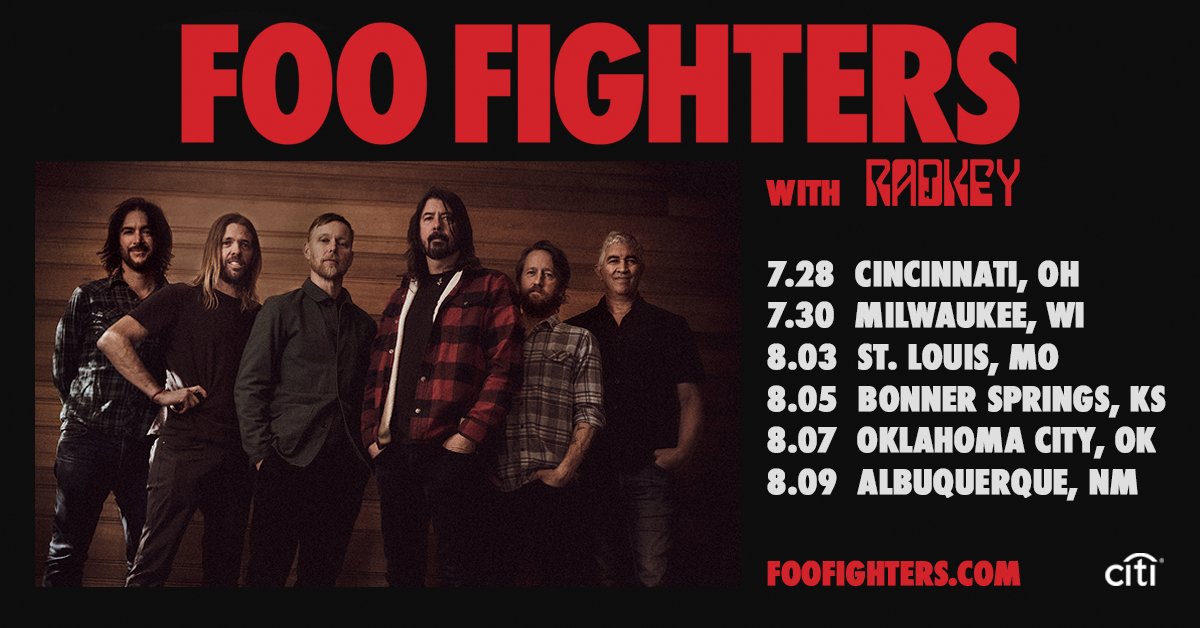