The Struts have announced dates for their 2021 US tour.

Originally booked for 2020, the “Strange Days Are Over” tour has been scheduled for this summer. The trek also includes newly announced shows in Texas, Louisiana, New York, and Cinncinati.

The tour is set to launch August 31st in St. Petersberg, Florida, and will wrap up October 8th in New York. Prior to their US outing, the band will play the Main Stage at UK’s Reading and Leeds Festival starting August 27th.

Tickets for the new shows go on sale Friday, May 28th at 10 AM local time. All rescheduled dates are on sale now. Check out all the dates below.

Recently, The Struts shared a beautiful piano rendition of Queen’s “We Will Rock You,” featuring frontman Luke Spiller singing in an empty theatre. Previously, the band released “Low Key in Love” featuring Paris Jackson. Jackson and Spiller recently took part in NME’s Friends Like These series Watch the interview here. 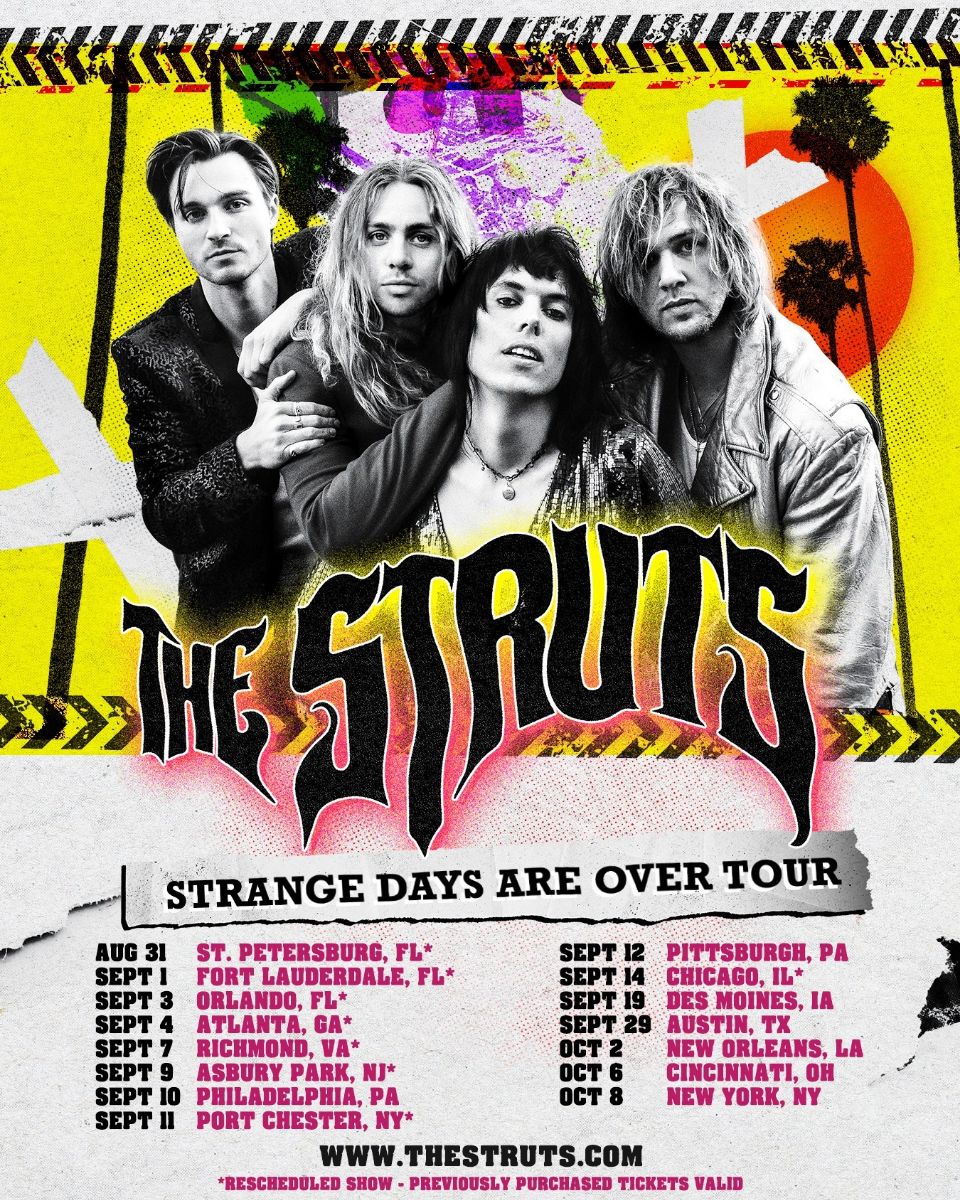