Before we go on break for the holiday, let’s catch up with the music news you may have missed with the last 2022 edition of While You Were Away. This week we’re listening to new tunes from Code Orange and Megadeth, plus the fate of Ozzy Osbourne’s 2023 tour and more. 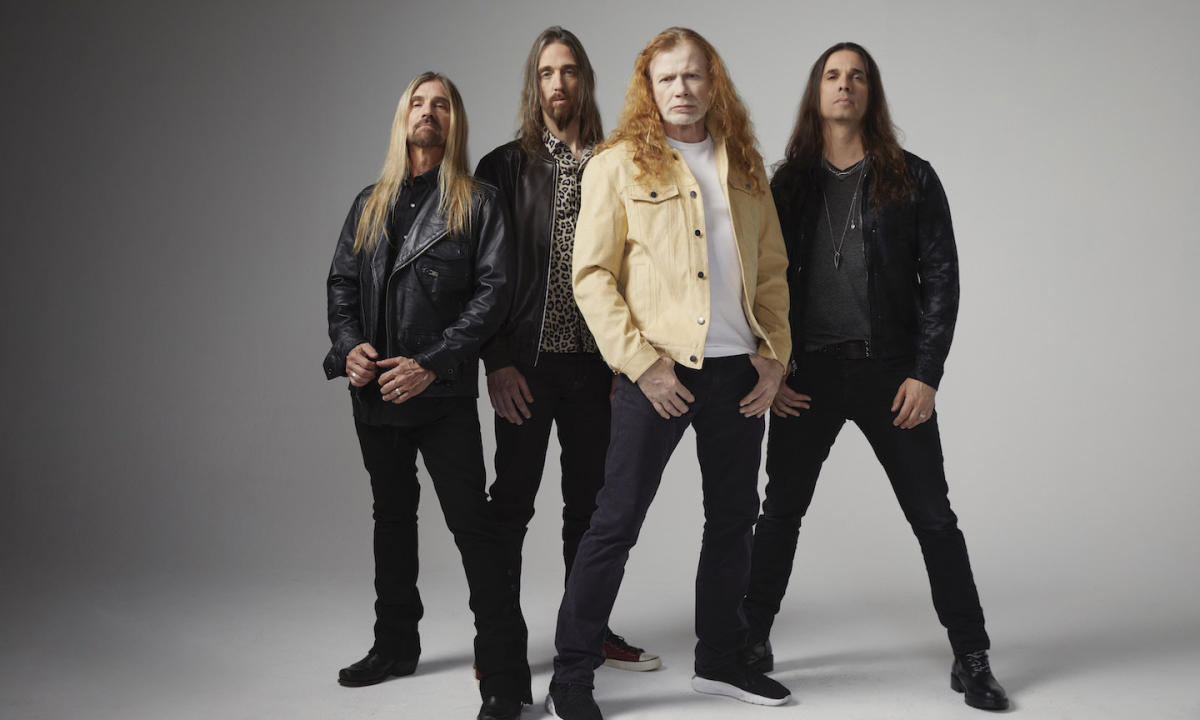 Megadeth have shared the music video for their latest single “Killing Time,” which stars their mascot Vic Rattlehead.

Directed by Leo Liberti the clip is the fifth chapter in the ongoing cinematics series chronicling Rattlehead’s origins. This time we see Rattlehead go to battle disposing of his enemies like their nothing with a wide range of weapons from pistols to katanas. Watch the video below.

“Killing Time” follows previously released singles “We’ll Be Back,” “Night Stalkers,” “The Sick, The Dying…and the Dead,” and “Life in Hell.”

Megadeth’s new album The Sick, The Dying…and the Dead! is out now.

Code Orange have shared their new song “Shatter,” which serves as the theme song for WWE wrestler Bray Wyatt aka The Fiend.

Though Wyatt has been using the song since October, this marks the official release of the song, so no more trying to hear it on spotty recordings through someone’s TV speakers.

This should come as no surprise as Code Orange have some ties to wrestling. They previously worked with Wyatt in 2019 to craft his theme song titled “Let Me In.” On top of that, in 2017 they played Aleister Black’s entrance theme at an NXT Takeover event.

Check out “Shatter” below.

Ozzy Osbourne has been gearing up to hit the road in support of his latest album Patient Number 9, but now the future of the outing is up in the air.

In a new interview with Yahoo! Entertainment, the Prince of Darkness revealed that next year’s touring plans are uncertain because he’s unable to move very well post-surgery.

“It is so fucking tough because, I mean, I want to be out there,” he said. “I want to be doing it. This fucking surgery this guy did. Fucking hell, you have no idea. The thing is my head is all right, my creativity is OK, my singing OK but I just can’t fucking walk much now.”

Though its impaired his mobility, the surgery was for the best compared to what could’ve happened if he didn’t go through with it. “[The] surgeon told me if I didn’t have the surgery there would be a good chance I would be paralyzed from the neck down,” he said.

“I can’t begin to tell you how fucking frustrating life has become,” he added. “It is amazing how you go along in life and one stupid thing can screw everything up for a long time. I have never been ill this long in my life.”

Fingers crossed that Osbourne makes a recovery to be able to hit the road once again.

The 2023 Welcome to Rockville lineup is here! Headlining the four-day festival next year are Slipknot, Tool, Pantera, and Avenged Sevenfold.

Other bands on the lineup include Deftones, Queens of the Stone Age, Godsmack, Rob Zombie, Evanescence, Alice Cooper, Grandson, Incubus, The Mars Volta, Bullet For My Valentine, Motionless in White, Ho99o9, Asking Alexandria, Sleeping with Sirens, Nova Twins, and more.

Welcome to Rockville 2023 takes place May 18th – 21st at the Daytona International Speedway in Dayton Beach, Florida. Four-day passes are available via the festival website. Check out the full lineup below.

Waterparks recently announced a massive US tour that kicks off April 28th in Anaheim, California, and wraps up in Los Angeles on June 13th. HUNNY joins them as support. Tickets are on sale now.

Hot off the heels of dropping her new album SOS, SZA has announced the 2023 “SOS North American Tour” with Omar Apollo opening. The tour starts on February 21st in Columbus, Ohio and wraps up in Los Angeles on March 22nd.  Get tickets here.

In support of their latest album Doggerel, the Pixies will head out on their 2023 North American tour starting on May 4th in Oakland, California. The tour wraps up with their festival set at the Killby Block Party in Salt Lake City. Tickets available here.

Third Eye Blind have announced a new run of their “25 Years in the Blind” tour, which starts March 3rd in New Orleans and runs through April 15th in Pala, California. The band will donate a portion of each ticket sold to SeaTrees, an organization dedicated to restoring the kelp ecosystem off the California coast. Find all the details here.