Enter Shikari dropped big news today. They not only dropped their new single “(pls) set me on fire” they also announced their new album A Kiss For The Whole World due April 21st via SO Recordings/Ambush Reality.

Talking about the new song in a press statement, frontman Rou Reynolds said:

“Honestly, I thought I was fucked,” he says. “I’ve never felt so detached from my soul, my purpose, my fucking spirit. I didn’t write music for almost two years. The longest I’d gone before that was two weeks. I was broken. It’s almost as if my brain had asked: ‘What is the point in music if it cannot be shared? What is the point in writing music if it’s not to be experienced with others?’ and then promptly switched itself off.

“(pls) set me on fire grew out of that desperation. This song is a projectile vomit of positive energy. Every emotion trapped inside me for two years, finally set free.”

As for the new album, he said “Back to basics. This band – my best friends – bundled into an old farmhouse, miles away from anywhere. Off-grid, and ready to rediscover ourselves. This album is powered by the sun, the most powerful object in our solar system. And I think you can tell. It’s a collection of songs that represent an explosive reconnection with what Enter Shikari is. The beginning of our second act.”

Additionally, the band also announced residency shows in five cities around the UK. Shows start February 15th in London and wrap up April 17th in London. Tickets go on sale Thursday, January 26th. Check out all the details below. 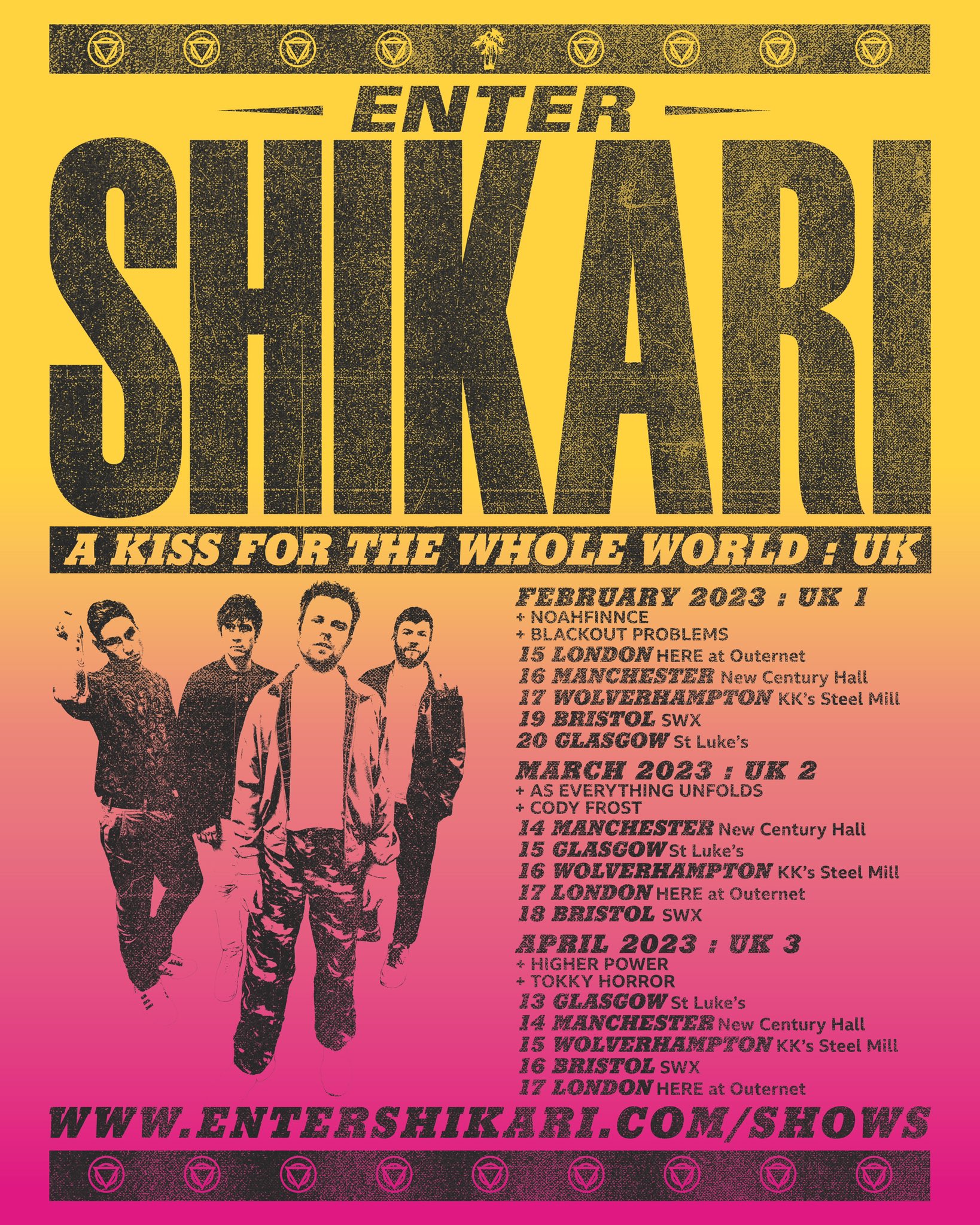 South By Southwest Will Go Digital For 2021

GENRE IS DEAD! Interview With ‘Between Me And My Mind’s’ Jamie Shultz and Steve Cantor