The state of live music for 2021 remains uncertain, but Slipknot hope to get back on the road soon. The band has announced dates for their 2021 European tour.

Check out all the dates below and find ticket information here.

Recently, Slipknot detailed Knotfest Brazil one of three South American editions of the festival. Knotfest Brazil is set to take place in Sambódromo do Anhembi in São Paulo on December 19th, 2021.

While Knotfest Brazil is still set for next year, Knotfest Japan has been postponed to 2022. The event will now take place April 9th, 2022, while the festival occurs April 10th, 2022 at Makuhari Messe International Exhibition Hall 9-11. Previously purchased tickets will be honored at the new dates. Refunds will be available starting December 2nd, 2020 through January 12, 2021. 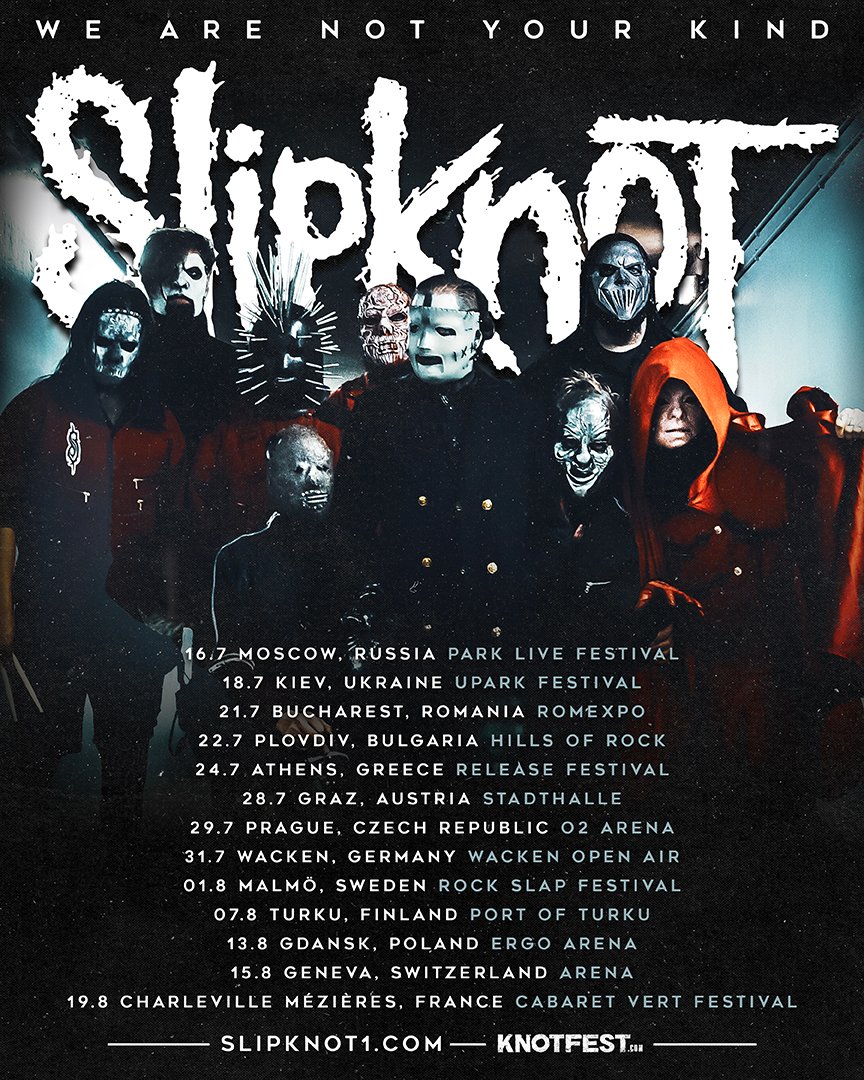 (Non)Green Day Side Project, The Network, Returns With New Song

While You Were Away: New Music From Metric, Lady Gaga, And Wilco Plus Shows On Sale This Week And More